By Dimitri Lascaris
Posted February 8, 2017
In Economy, Eurozone, Real News Reports, Uncategorized
As Tensions Rise Between Greece And Its Creditors, Is Grexit Back On The Table? (1/3)2017-02-082017-02-08https://dimitrilascaris.org/wp-content/uploads/2020/11/dimitri-lascaris-header-2.pngDimitri Lascaris: Activist Journalist Lawyerhttps://dimitrilascaris.org/wp-content/uploads/2017/02/no-to-austerity-1200x589.jpg200px200px
0

In July 2015, Greece’s newly elected Syriza government, which had come to power six months earlier with an anti-austerity platform, held a referendum in which a large majority of Greeks voted against an austerity program that Greece’s creditors wanted to inflict upon Greece’s battered economy. However, Prime Minister Alexis Tsipras ignored the referendum he had called and succumbed to the creditors’ demands. At that point, numerous leftist Syriza MPs defected from Syriza and formed a new party called “Popular Unity.” One of those MPs was Professor of Economics, Costas Lapavitsas. In this interview, Professor Lapavitsas explains that Greece’s debt remains wildly unsustainable, and that by continuing to prioritize the repayment of that debt, the Syriza government is condemning Greece to endless stagnation and is signing its own political death warrant: 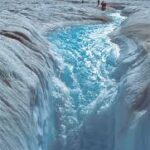