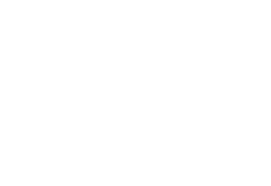 Today, B’Nai Brith Canada published yet another hit-piece on advocates for Palestinian rights. This time, B’Nai Brith’s targets were student activists at UBC who have brought forward a referendum on BDS.

B’Nai Brith published its hit piece the day before voting begins on UBC’s BDS referendum. The timing, of course, is not coincidental. Indeed, B’Nai Brith’s modus operandi is ambush by slander.

The ambush comes hot on the heels of an extraordinary attempt by an anti-BDS student to persuade a B.C. Court to prohibit UBC’s Alma Mater Society from conducting the referendum. That attempt failed  just days ago. Now that the B.C. Court has rightly rejected attempts to suppress the democratic rights of UBC students, B’Nai Brith and its CEO Michael Mostyn have resorted to the most desperate of measures.

Entitled “Hamas-Linked Slogans Promoted at UBC Anti-Israel Event,” the article’s central claim is that, at a March 17 event called “A Night with Palestine” hosted by the UBC chapter of Solidarity for Palestinian Human Rights (SPHR), SPHR sold scarves with the Arabic slogan “Jerusalem is ours – We are coming!” According to B’Nai Brith, the slogan is “affiliated” with Hamas. The article also quotes Mostyn (pictured above) as stating that “The promotion of anything associated with Hamas by a student group is unacceptable.”

What exactly do B’Nai Brith and Mostyn mean by the claim that the slogan is “affiliated” and “associated” with Hamas? That is unclear. B’Nai Brith writes that “The slogan attracted global notoriety in 2014 when Malik Obama, former U.S. President Barack Obama’s half-brother, was pictured wearing a scarf with the same slogan while embracing representatives of the Hamas terrorist group.” Thus, their claim that the slogan is “affliated” and “associated” with Hamas appears to mean nothing more than: Hamas officials and persons sympathetic to Hamas have used the slogan.

What about sovereignty over Jerusalem? After the Second World War, the State of Israel was established and gradually recognized by most of the world’s countries. Although the U.N. recognized the state of Israel in 1949, it placed the whole city of Jerusalem under international control (a ‘corpus separatum’). That is why most embassies in Israel are located in Tel Aviv and not in Jerusalem despite the fact that Israel declared long ago that Jerusalem is its capital.

Importantly, Israel has gone well beyond declaring Jerusalem to be its capital. Following the 1967 war, Israel declared that Israeli law would be applied to East Jerusalem and enlarged its eastern boundaries, approximately doubling Jerusalem’s size. The vast majority of states deemed the action unlawful and refused to recognize it. In addition, the U.N. Security Council and General Assembly described the action as an annexation in violation of the rights of the Palestinian population.

Thirteen years later, Israel passed a law declaring that “Jerusalem, complete and united, is the capital of Israel”.  That law too was declared null and void by the Security Council in Resolution 478 and by the U.N. General assembly in numerous resolutions.

Following the Security Council’s adoption of Resolution 478, successive Israeli governments continued to assert Israel’s dominion over all of Jerusalem. Moreover, they did so using language that is strikingly similar to the “Hamas-affiliated” slogan. In 2005, for example, Israel’s Prime Minister at the time, Ariel Sharon, declared “Jerusalem is ours for eternity and will never pass into foreign hands,” Four years later, Israel’s current Prime Minister Benjamin Netanyahu crowed “Jerusalem was always ours and will always be ours. It will never again be partitioned and divided.” In 2012, Netanyahu went so far as to pour scorn on international condemnation of Israel’s illegal annexation of East Jerusalem, proclaiming “I don’t care what the U.N. says.”

Not only has Israel illegally annexed East Jerusalem, but it continues to build settlements there in brazen violation of Article 49 of the Fourth Geneva Convention. The international community has repeatedly condemned those settlements. Its most recent condemnation was issued only four months ago, when the U.N. Security Council adopted, by a vote of 14-0, a resolution reaffirming that “the establishment by Israel of settlements in the Palestinian territory occupied since 1967, including East Jerusalem, has no legal validity and constitutes a flagrant violation under international law and a major obstacle to the achievement of the two-State solution and a just, lasting and comprehensive peace.”

Israel’s crimes in Jerusalem do not appear to bother B’Nai Brith Canada in the slightest. But B’Nai Brith would have us believe that the sale of scarves bearing the slogan “Jerusalem is ours – we are coming” is an outrage of unspeakable proportions.

You can’t make this stuff up. 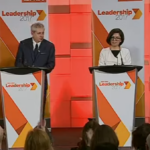 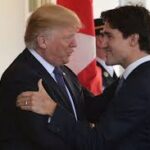