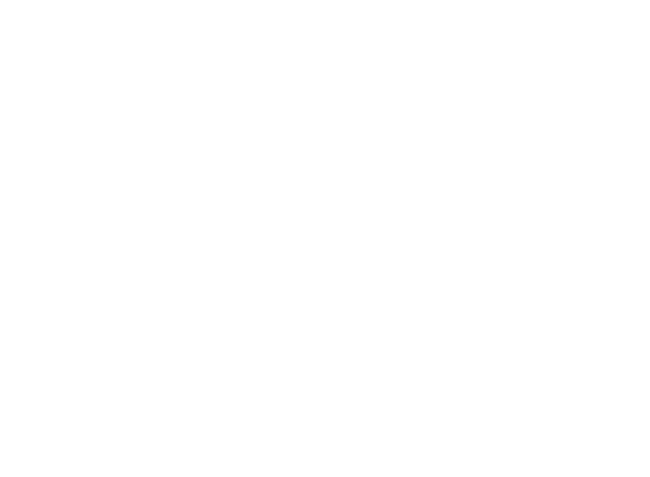 On July 12, Globe and Mail reporter Robert Fife revealed on Twitter that Warren Kinsella, who proudly bills himself as the ‘Prince of Darkness’ of Canadian politics, would be “helping out” Elizabeth May and the Green Party of Canada in their “war room” for the upcoming federal election.

The Twittersphere’s reaction to Fife’s revelation was swift and fierce, to put it mildly.

Other commenters professed to be deeply disappointed in a party and a leader who had claimed for so long to do things differently and respectfully– see, for example, here, here, here and here.

As of the posting of Fife’s July 12 tweet, the Green Party had not disclosed publicly that it had retained the ‘Dark Prince.’ Fife’s revelation exposed that the Greens’ leadership was woefully unprepared for the backlash which it ought readily to have anticipated, given Kinsella’s sordid record.

For example, one commenter pointed out to Ms. May that, despite her assurances that Kinsella would be respectful, Kinsella had posted on that very day a tweet that was full of expletives. 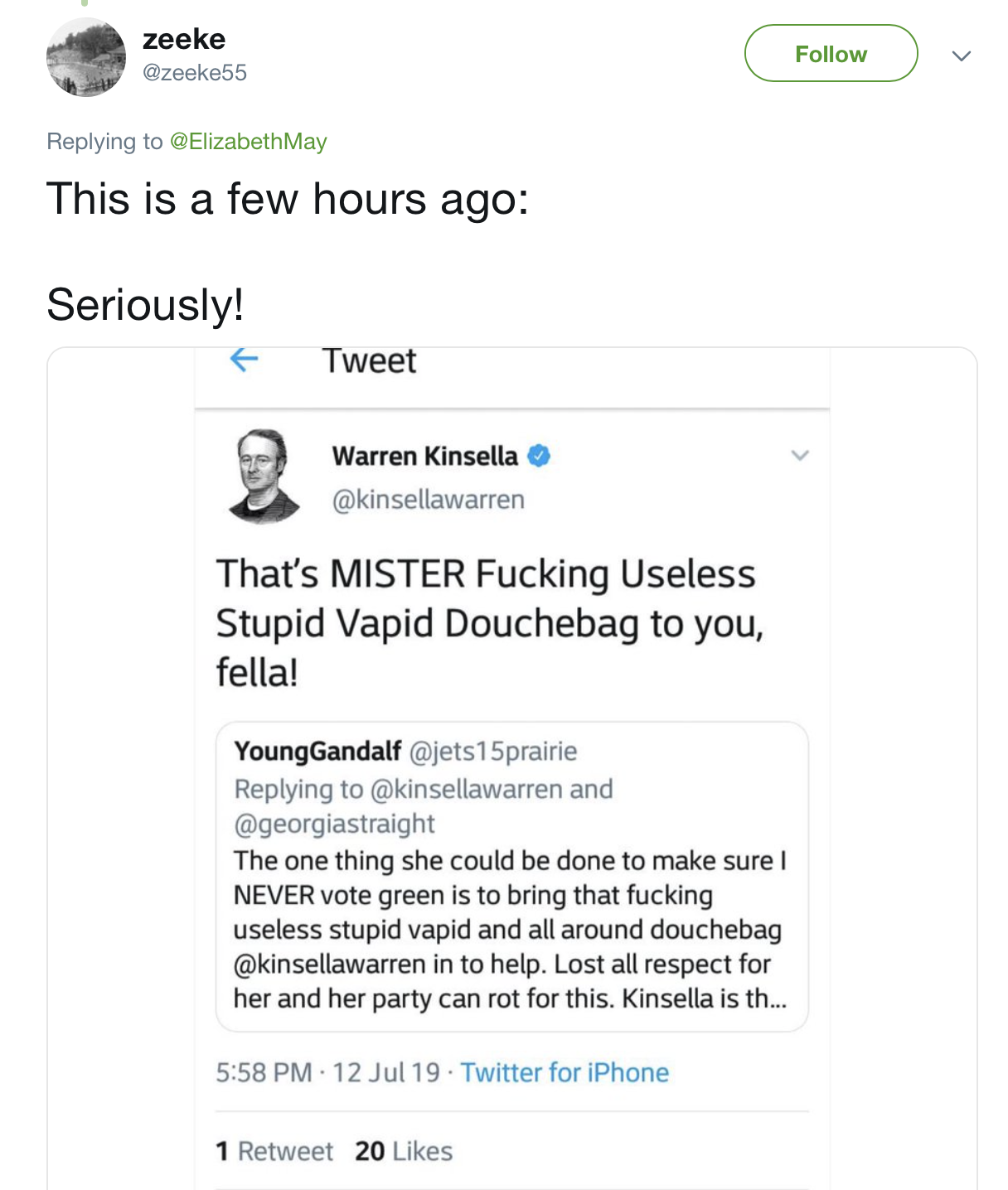 Ms. May responded to that tweet with the dubious defence that Kinsella had not yet begun his new assignment with the Greens, but would do so in future.

Did Ms. May mean to imply that, until Kinsella’s work at the Green Party had officially begun, he was free to wallow in the verbal gutter?

Then, on July 12, Ms. May objected on Twitter to the media’s use of the term “Green Party war room.” She suggested that more accurate descriptions for a Green campaign team which now included the ‘Dark Prince’ would be “Peace Room” or “Room of Zen.”

Kinsella, however, was buying none of Ms. May’s lame attempts at damage control.

On the following day (July 13), Kinsella retweeted a tweet in which Paul Rhodes stated “When you bring in Warren…, you damn well have a war room no matter what name you give it.”

In response to the public’s backlash, Green Party luminaries argued that the ‘Dark Prince’ had been retained to ‘protect’ Elizabeth May.

One female commenter responded to that justification by writing “Funny I’ve never needed a man to protect me in my career”: 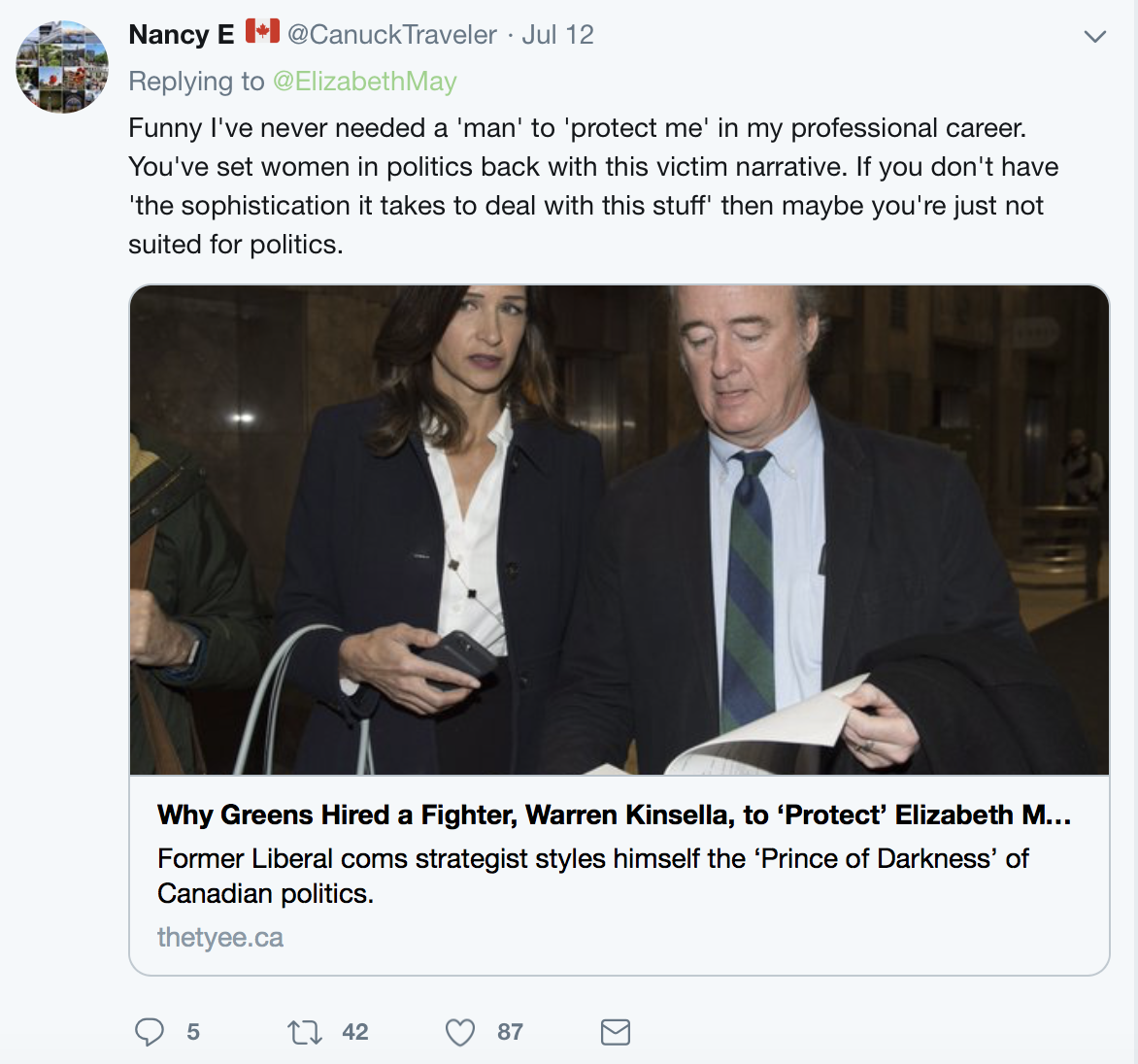 Let us recall that Elizabeth May is the longest-serving party leader in Canada’s Parliament. After accumulating so much experience in Canadian politics, does she really need a discredited political hack to protect her?

Despite the furor over Kinsella’s low-brow brand of politics, Kinsella continues to employ the very language which renders his style antithetical to Green values.

Today, for example, Kinsella stated on Twitter that he ‘hates’ one commenter and referred to another as a “bastard.” 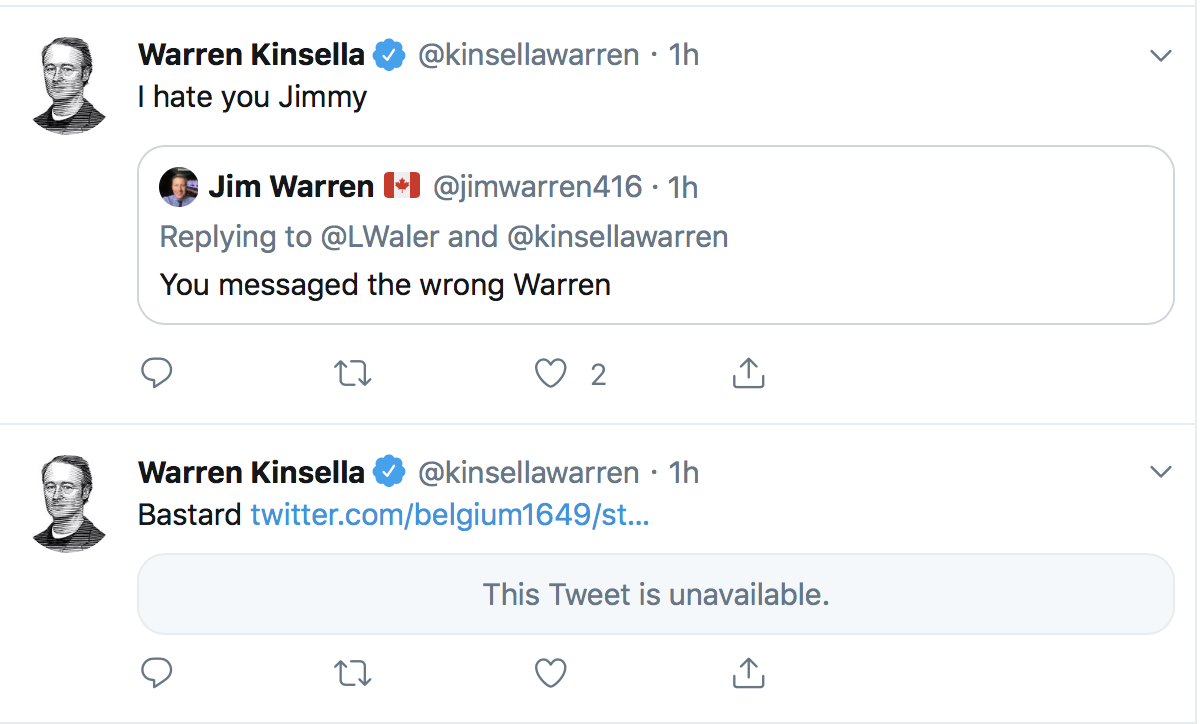 In 2016, Elizabeth May chastised Conservative MP Michelle Rempel for uttering the word “fart” in Parliament.

How can voters reconcile such fastidiousness with Ms. May’s decision to hire the foul-mouthed ‘Prince of Darkness’?

Just how awful is Warren Kinsella?

Kinsella’s record is so offensive to the values which the Greens espouse that it’s hard to know where to begin an explanation of why he has no business advising the Green Party.

The drive-by shooting which stands out most for me personally is Kinsella’s reaction to the Party’s adoption of a BDS resolution in August 2016. While I was serving as Justice Critic in the Green Party shadow cabinet, I authored and sponsored that resolution.

The BDS resolution’s singular and explicit purpose was to help bring an end to Israel’s illegal settlements and decades-long occupation of Palestinian territory, and to do so by means of peaceful, economic sanctions on those who are complicit in violations of Palestinian human rights.

After the Green Party adopted the BDS resolution, Kinsella authored a letter to the Hill-Times in which he not only urged Elizabeth May to quit the Green Party leadership, but also smeared BDS supporters as racists and asserted that the party was made up of “lunatics, bigots and conspiracy theorists.”

Incredibly, to this day – and one week after his hiring by the Green Party provoked intense controversy among its members and supporters – Kinsella’s scurrilous letter continues to be posted on his website (under the caption “War Room”).

Apparently, Kinsella is either too arrogant or too stupid (or both) to understand that he is doing the Green Party no favours by continuing to smear its members on his own website.

Fortunately for Elizabeth May, she disregarded the advice of the ‘Dark Prince’ whose supposed political acumen she now claims to value so highly: she decided in 2016 to remain the Green Party leader despite Kinsella’s argument that she should quit.

After Ms. May decided to remain Green Party leader, and as I recently explained, the party adopted a ‘compromise’ resolution on Israel/Palestine which constitutes an even stronger endorsement of the goals and tactics of the BDS movement.

Thus, by Kinsella’s absurd reasoning, he is now selling his services to a party that espouses a racist policy.

Quite apart from Kinsella’s vicious attack on Green Party members less than three years ago, Kinsella now professes to be an “old buddy” of Ontario Premier Doug Ford, a far-right ideologue who is waging a veritable jihad against Justin Trudeau’s weak carbon tax.

As a past candidate of the Green Party noted to me, “the Ford government had announced its deep cuts to autism funding just a month earlier on 6 Feb 2019, and the scandal and protests around those cuts lasted through May. Right in the middle of all that Kinsella felt compelled to make a donation.”

Notably, an advertisement promoting Doug Ford appeared on Kinsella’s website today – directly beside Kinsella’s 2016 letter to the Hill-Times in which he vilified Green Party members for defending Palestinian human rights. 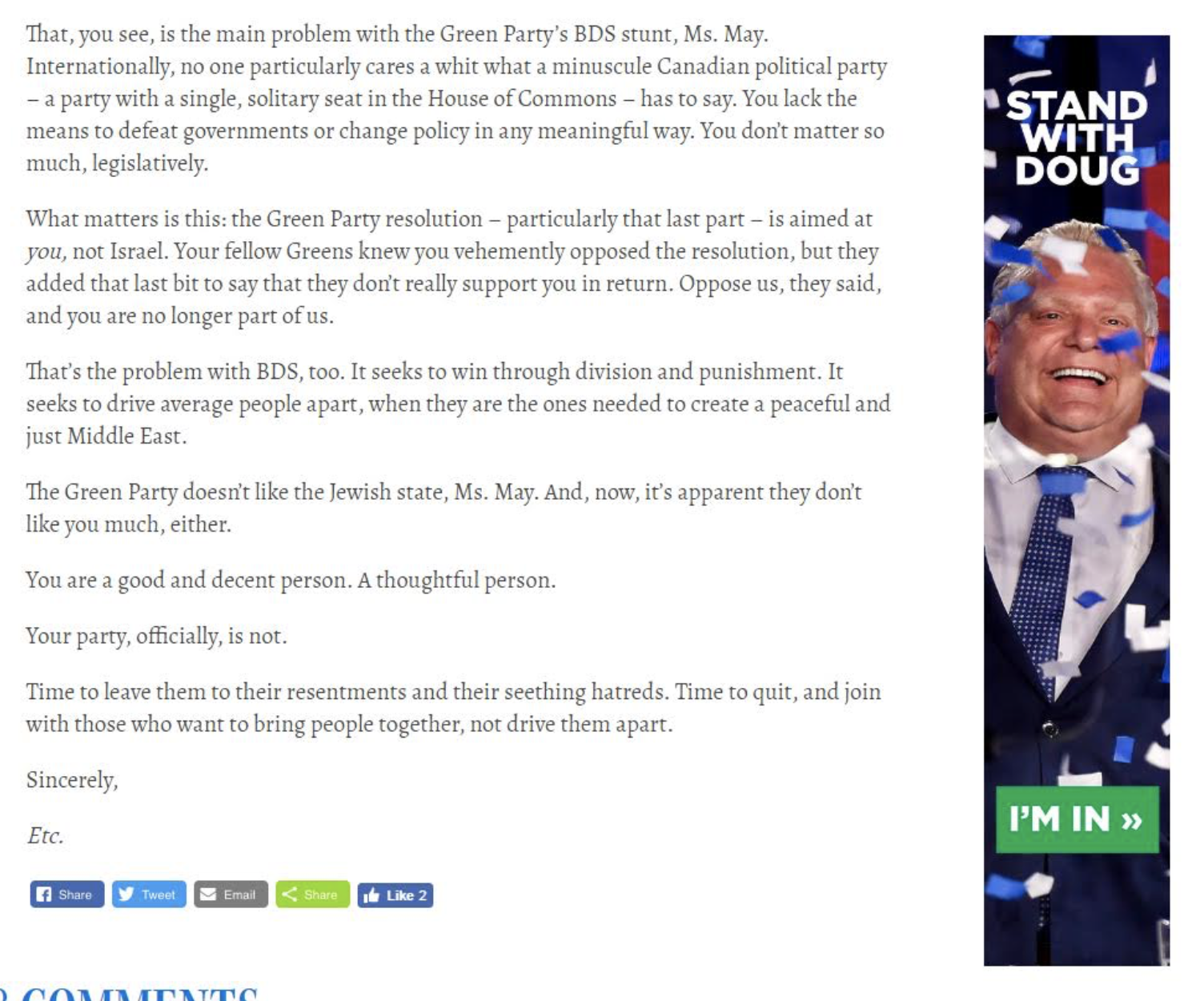 In 2015, Kinsella publicly considered seeking the Liberal nomination for the 2015 Federal election in Toronto—Danforth, but ultimately demurred after believing he would not be approved as a nominee.

In 2014, Kinsella worked for Olivia Chow’s mayoral campaign in Toronto, but was fired for calling John Tory’s transit plan “Segregationist Track“. Kinsella apologized to Tory for that attack – but apparently feels no obligation to apologize to the party he now serves for having demonized its members in 2016 as “lunatics, bigots and conspiracy theorists.”

In 2009, Kinsella worked for Liberal Michael Ignatieff’s campaign. One long-time senior Liberal questioned the hiring of Kinsella, calling him a “human shrapnel machine.” Later that month Kinsella apologized for a post in his video blog that jokingly mentioned that his regular Chinese restaurant sold “cat meat.”

In 2007, while Kinsella was working for Ontario’s Liberal Premier Dalton McGuinty, Kinsella made the sexist remark that Progressive Conservative MPP Lisa MacLeod would rather “bake cookies” than be seen with Randy Hillier.

I could go on and on, but hopefully, you get the picture.

The ‘Prince of Darkness’ has become a political dinosaur

According to The Georgia Straight:

One of Kinsella’s greatest political accomplishments was destroying the campaign of new Canadian Alliance leader Stockwell Day in 2000, shortly after Day became leader.

He did that in a TV panel discussion by holding up a toy dinosaur and mocking Day, a Christian fundamentalist. Then Kinsella claimed that Day believed human beings lived on the planet at the same time as Barney the Dinosaur.

In a very real sense, Kinsella himself has decayed into a political dinosaur.

Kinsella established himself in Canadian politics over 25 years ago by serving in the inner circle of a consummate establishment politician, Jean Chretien.

After that, Kinsella parlayed his political connections into a career as a Bay Street lawyer and lobbyist, first working with corporate law firm McMillan Binch and then founding the Daisy Consulting Group. As lobbyists, he and/or his consulting firm have served such corporate clients as United Airlines (a major carbon polluter), Shoppers Drug Mart, Alderon Iron Ore Corp. and Sears Canada.

Kinsella’s vicious brand of politics is as old-school as it gets.

Kinsella frequently uses his columns in the right-wing, journalistically challenged Toronto Sun and in other Postmedia newspapers to batter the latest targets of his ire.

The sum total of Kinsella’s record leaves no doubt that he does not represent a new, civil and ethical manner of conducting politics.

On the contrary, Kinsella embodies so much that is wrong with politics in this country.

To get a sense of how broadly Kinsella is reviled among progressive voters, I suggest you search on Twitter the hashtag #BlockedByKinsella. (Kinsella, the supposed tough guy of Canadian politics, has a skin thinner than saran wrap – he blocks virtually anyone (including yours truly) who is disinclined to stroke his prodigious ego.)

It’s not too late to clean up this mess

At the end of the day, we all make mistakes.

Elizabeth May is no exception.

It’s not too late for Ms. May to correct her egregious error and to separate herself and her party from this political dinosaur, before the damage to the Green Party’s electoral prospects becomes irreparable. 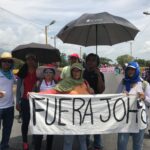 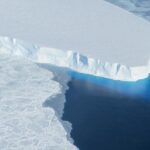