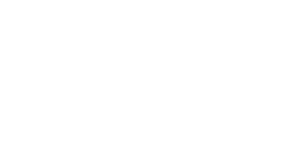 The Green Party of Canada declares that it “begins with the basic premise that all life on the planet is interconnected.”

Yet, the Greens’ newly released electoral platform, consisting of eighty-two pages, says remarkably little about Canada’s relationship with the rest of humanity. A mere two pages of that platform – which appear at the very end of the document – are devoted to that subject.

What can be gleaned from those few paragraphs? On the subject of international relations, the Green platform’s overarching theme is multilateralism:

Canada’s long-standing commitment to multilateralism builds on Lester B. Pearson’s legacy as a Nobel Peace Prize laureate. A Green government will support such international engagement, recognizing that isolationism and nationalistic jingoism create a dangerous path and mustbe vigorously resisted. We will strengthen Canada’s role in promoting peace and global cooperation.

There is, however, one problem with those lofty words. As author and activist Yves Engler has explained, Lester Pearson was an “aggressive militarist and imperialist”:

During the 1947 UN negotiations over the British Mandate of Palestine, Pearson disregarded the interests of the indigenous Palestinian population. He also played an important role in the creation of NATO, describing its 1949 formation as the “most important thing I participated in.” In the 1950s he backed CIA coups in Iran and Guatemala as well as the violent suppression of independence struggles in Algeria, Kenya and elsewhere. As prime minister in the mid-1960s, Pearson brought nuclear-tipped Bomarc missiles to Canada, supported the U.S. invasion of the Dominican Republic and military coup against Ghana’s president Kwame Nkrumah.

Western political elites and corporate media generally behave as though America and its Western allies constitute the “international community.” The voices of non-Western peoples, who comprise the vast majority of humanity, rarely matter in Western political discourse – unless, of course, those voices are aligned with American foreign policy.

Lester Pearson was very much a product and a promoter of this fake ‘multilateralism.’

This brings us to the subject of the U.S.-dominated military alliance known as “NATO” (the North Atlantic Treaty Organization).  NATO has been a massively destabilizing force in the world. It is deeply culpable in the destruction of Libya, where slave markets now thrive. NATO committed war crimes in Serbia and Kosovo. The U.S. government, which dominated NATO from its start in 1949, promised Mikhail Gorbachev that NATO would never expand “one inch eastward” – after which NATO surged to the very borders of Russia. Worst of all, NATO’s aggressive expansionism has helped precipitate a new nuclear arms race, prompting the Bulletin of Atomic Scientists to move its “doomsday clock” to two minutes to midnight.

The case for Canada’s withdrawal from NATO is therefore overwhelming. So, where does the Green Party of Canada stand on Canada’s NATO membership?

Remarkably, the Green platform says nothing about NATO. Recently, however, Elizabeth May was asked about NATO. In an interview with CBC journalist Vassy Kapelos, May stated:

I think in terms of our engagement with NATO, we need to re-examine it. Greens are of the view that our involvement in NATO makes sense as long as we can ensure that NATO is part of a movement toward nuclear disarmament. It’s urgent that Canada change our position around the treaty to abolish nuclear arms and nuclear weapons. We haven’t signed it yet. We should and we should use whatever position we have in NATO for some benefit that makes the world a more secure place.

While Elizabeth’s May’s commitment to the nuclear weapons ban treaty is certainly laudable, her response ignores the reality that there is no reasonable prospect NATO will denuclearize any time soon. Indeed, the suggestion that Canada’s government is capable of using its NATO membership to ensure that the United States, Britain and France embrace denuclearization is implausible. To the contrary, the U.S. government is hell-bent on upping the nuclear ante, and is unlikely to respond favourably to some friendly, anti-nuclear lobbying by a middling NATO member like Canada. By Elizabeth May’s own reasoning, therefore, Canada should withdraw from NATO, but Elizabeth May seems unwilling to commit to that ethical course of action.

Moreover, in 2017, Justin Trudeau’s Liberal government announced its intention to increase Canada’s military spending by 73%. Although the Green platform calls for a reallocation of an unspecified amount of military expenditures to “peace-keeping” (a term sometimes abused to cover up pro-business, regime-change misadventures), the Green platform does not call for a material reduction in overall military spending.

The Green Party platform also declares that the party is “fully aware of the dangers of militarism,” yet it is virtually silent on the Canadian government’s militaristic conduct — for example, the deployment of Canadian military personnel to Ukraine following a U.S. sponsored coup-d’etat, or the U.S. government’s economic war on Venezuela, which has caused an estimated 40,000 deaths from 2017 to 2018 and which has been aided and abetted by the Canada-led “Lima Group,” or Ottawa’s support for the corrupt, fraudulent and deeply repressive regimes in  Honduras, Guatemala and Haiti.

In fact, the only concrete way in which the Green Party platform opposes Canadian government militarism is its call for the cancellation of contracts for the sale of armoured vehicles to Saudi Arabia. Again, that is laudable, but it does not go nearly far enough.

As I have previously written, the Green Party’s member-approved policy calls for an arms embargo on another brazen violator of human rights, Israel. Israel has subjected Palestinians to an increasingly cruel occupation for over 50 years. In 2018, following a tour of the West Bank, Elizabeth May went so far as to acknowledge that what Palestinians endure in occupied territory is “much worse” than apartheid was for black South Africans. Yet the Greens’ electoral platform says nothing about Canada’s arms trade with Israel or Ottawa’s deep complicity in the suffering of Palestinians.

By failing to challenge the worst aspects of Canada’s unjust, militaristic foreign policy, the Green Party platform arguably demonstrates more ‘connectedness’ to the interests of Western imperialists than to the masses of humanity whom those imperialists ruthlessly exploit.

Dimitri Lascaris was the shadow Justice Critic for the Green Party of Canada in 2016. 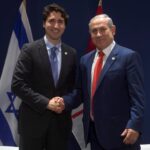 The Leaders’ Debate and the Elephant in the Room: InequalityCanadian Politics, Economy
Skip to content