Earlier this year, the Palestinian human rights group, Samidoun, published an article on the first Palestinian farm cooperative in Greece. The Hakoura organic farm (Hakoura means ‘garden’) is situated near the village of Platea, about 40 kilometres from Athens.

On May 28, while travelling in the Athens area, we visited Hakoura and had an opportunity to speak with the Palestinian refugees who co-founded the collective, Qays Hamad and Ahmad Shoura. Two brief videos of my discussion with Ahmad appear below, as do several photographs and videos of their farm.

As Ahmad explains in the video, he and Qays were raised in the Yarmouk refugee camp in Damascus, Syria. They left Syria and entered Turkey during the Syrian civil war, and then travelled by life raft from the western coast of Turkey to the Greek island of Lesbos. There, they remained for a time in the notorious Moria refugee camp. After their transfer to Athens, they received agricultural training from a local NGO, and then co-founded Hakoura.

At their farm, they currently grow beans, lentils and lettuce. They plan to expand their operation this summer by adding zucchini, eggplants and chick peas. The seeds for their farm come from Palestine. They are working with a Palestinian farmers’ union in the occupied West Bank to develop a Palestinian seed bank in Greece.

In order to realize the full potential of Hakoura, Qays and Ahmad need support. Specifically, they require funding for the purchase of farming equipment and water supplies. Also, they currently live eight kilometres from the site of the farm and travelling to and from the farm is a challenge for them. A pick-up truck or mini-van would help them enormously. Accordingly, I have donated to their GoFundMe account and I encourage you to do the same. You can make a donation here. 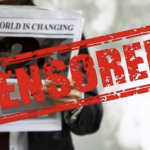