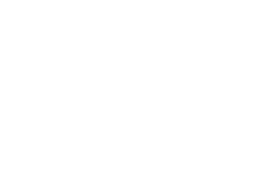 As 2016 drew to a close, Canadians learned something new about the CBC’s curmudgeon-in-chief, Rex Murphy: when Murphy isn’t spewing disinformation about climate change or stroking the egos of oil barons, he busies himself by regurgitating Israeli propaganda on the pages of Postmedia newspapers.

Adopted on December 23, 2016 by a vote of 14-0 (with the United States abstaining), Resolution 2334 states, among other things, that the Security Council:

Reaffirms that the establishment by Israel of settlements in the Palestinian territory occupied since 1967, including East Jerusalem, has no legal validity and constitutes a flagrant violation under international law and a major obstacle to the achievement of the two-State solution and a just, lasting and comprehensive peace.

There are so many falsehoods and omissions in Murphy’s critique of Resolution 2334 that it is difficult to know where to begin, but it is incumbent upon those of us who care about journalistic integrity to give it the old college try.

Murphy writes: “In the past the U.S. has been a reliable shield against the shower of anti-Israel resolutions that are a constant in UN deliberations.”

As Zaid Jilani recently explained, however, Obama’s predecessors permitted the Security Council to adopt dozens of resolutions condemning Israel, and sometimes voted in favour of those resolutions:

George W. Bush, allowed six similar resolutions to pass. This included, for example, a 2004 resolution calling on Israel to stop demolishing the homes of Palestinian civilians. Israel recently revived this internationally condemned practice, but under Obama it has not received a Security Council rebuke.

George H.W. Bush allowed through nine resolutions critical of Israel. Unlike with Obama, the elder Bush not only allowed some of these resolutions to pass, but he also supported them. For example, Security Council Resolution 681, passed in 1990, criticized Israel for engaging in deportations of Palestinian civilians from the Occupied Territories and called on the Israeli government to respect international law.

During the Reagan administration, 21 Security Council resolutions critical of Israeli government actions passed. This includes Resolution 573, which condemned an Israeli attack in Tunisia.”

To some, Murphy’s failure to acknowledge any of these Security Council condemnations of Israel may seem like a harmless oversight, but the fact that the Security Council has repeatedly condemned Israel is vital information to those seeking to understand the plight of the Palestinian people.

Further, because Israel continues to abuse Palestinian rights despite dozens of Security Council rebukes, it has become obvious that mere words of disapproval are inadequate, and that the international community must move to sanctions against Israel. Murphy’s failure to disclose that the Security Council has condemned Israel for decades, but that the reality on the ground has gotten only worse, diminishes the force of Palestinian demands that the U.N.’s words must be translated into action now.

Finally, by omitting to acknowledge any of the Security Council’s pre-Obama condemnations of Israel, Murphy is lending credibility to Netanyahu’s strident but wholly unsubstantiated complaints that Obama, the President who just lavished upon prosperous Israel the largest military aid package in U.S. history, is biased against Israel. Were Murphy’s readers to understand the extent to which Obama has in fact pampered Israel, then perhaps they would ask why Netanyahu is so hostile to Obama. Could the hostility of Netanyahu – the leader of an openly racist government — have something to do with the fact that Obama is black?

Murphy writes: “Knocking Israel almost passes as a raison d’etre for some of the members of the UN. This latest one, condemning the ‘settlements’ as the barrier to peace in the Middle East, and declaring in most incendiary fashion that the Western Wall is in ‘occupied Palestinian (territory)’ saw its passage enabled by the guile of a U.S. abstention on the motion.”

Why has Murphy put quotation marks around the term “settlements”? Murphy does not tell us, and so his readers are left to infer the reason.

The Miriam-Webster dictionary defines “settlement” to mean, among other things, “occupation by settlers.” By placing the term “settlements” in quotation marks, Murphy seems to be suggesting that there is a legitimate question as to whether the Jewish-only communities being constructed by Israel in the West Bank and East Jerusalem are in fact being built on occupied land belonging to the Palestinian people. But the proposition that Israel is building these communities on occupied land – and therefore illegally — is beyond rational dispute.

In 2004, the International Court of Justice unanimously ruled (with the concurrence of a U.S. judge) that the settlements violate the Fourth Geneva Convention. The Government of Canada, one of Israel’s most ardent supporters on the international stage, expressly acknowledges the settlements’ illegality on the website of its Ministry of Foreign Affairs and calls the settlements a “serious obstacle” to a just and lasting peace.  Intergovernmental organizations such as the Conference of the High Contracting Parties to the Fourth Geneva Convention and the European Union (also a strong supporter of Israel) agree that Israel’s settlements violate international law, as do Amnesty International and U.S.-based Human Rights Watch.

Are Canadians to believe that Rex Murphy’s grasp of international law is superior to that of the International Court of Justice, Canada’s Ministry of Foreign Affairs, the EU, the High Contracting Parties to the Fourth Geneva Convention, Amnesty International and Human Rights Watch?

Quite apart from the overwhelming weight of international legal opinion, Theodor Meron, legal counsel to the Israeli Foreign Ministry, opined in 1967, shortly after the Six-Day War, that “civilian settlement in the administered territories contravenes the explicit provisions of the Fourth Geneva Convention.” Meron’s opinion was provided to Israel’s Prime Minister at the time, Levi Eshkol. Eshkol’s government did not disclose Meron’s opinion to the public and it allowed settlements despite Meron’s warning. Forty years later, Meron stated that “I would have given the same opinion today.”

Does Rex Murphy know of Theodor Meron’s legal opinion? Does he have the slightest inkling that the international community deems Israeli settlements to be a grave violation of international law, and that it has done so for decades?

Even more remarkable is Murphy’s assertion that Resolution 2334 declares “in most incendiary fashion that the Western Wall is in ‘occupied Palestinian territory.’”

On the contrary, if anything is “incendiary”, it is Israel’s illegal annexation of East Jerusalem. East Jerusalem includes the Al-Aqsa mosque, the third holiest site in Sunni Islam. Israel has restricted Muslim access to Al-Aqsa for years. Even worse, two days before the National Post published Murphy’s anti-U.N. tirade, 176 Israeli settlers backed by Israeli special forces stormed the mosque compound and tried to perform Talmudic rituals there. Settlers have attempted similar incursions in the past. In the context of an interminable and brutal occupation of Palestinian lands, one could hardly imagine a more dangerous provocation than an IDF-backed settler incursion into a holy Muslim site situated on territory illegally annexed by Israel. Yet these incendiary settler incursions are entirely absent from Rex Murphy’s rant against Resolution 2334.

Toward the end of his anti-U.N. tirade, Murphy complains that the “predominant concern of the UN’s world council” is “pacific Israel”.

Murphy’s claim that Israel is a “pacific” nation will come as a shock to those who have the misfortune of living in close proximity to Israel’s military forces.

The list of Israel’s acts of aggression is so long that one could not possibly do it justice within the space of a blog post, but the following examples should suffice to explode Murphy’s wildly inaccurate characterization of the West’s favourite rogue state.

Israel’s 1967 attack on a U.S. naval vessel: At the height of the Arab-Israeli Six-Day War, the Israeli Air Force launched an unprovoked attack on the USS Liberty, a U.S. spy ship that was monitoring the war from international waters. Israeli fighters hit the Liberty with rockets, cannon fire and napalm. Israeli torpedo boats then launched a more devastating attack. Thirty-four US servicemen and civilian analysts were killed and 171 were wounded. Israel claimed that the attack was an error, but evidence later emerged that Israeli commanders knew that the vessel was American.

Israel’s serial invasions of Lebanon: Israel has launched no less than 5 devastating invasions of Lebanon. The most recent (but not the most destructive) of those invasions occurred in 2006. That invasion was extensively investigated by numerous human rights bodies, including Human Rights Watch. HRW concluded that Israel’s 2006 invasion resulted in at least 1,109 Lebanese deaths (the vast majority of whom were civilians), 4,399 injured, and an estimated 1 million displaced. HRW also found that Israeli airstrikes destroyed or damaged tens of thousands of Lebanese homes.

Israel’s rampant abuses of Palestinians: Israel’s violations of Palestinian rights are by no means limited to its illegal settlements. As stated by Amnesty International in its 2015/2016 Report on Israel and Occupied Palestinian Territories:

In the West Bank, including East Jerusalem, Israeli forces committed unlawful killings of Palestinian civilians, including children, and detained thousands of Palestinians who protested against or otherwise opposed Israel’s continuing military occupation, holding hundreds in administrative detention. Torture and other ill-treatment remained rife and were committed with impunity. The authorities continued to promote illegal settlements in the West Bank, and severely restricted Palestinians’ freedom of movement, further tightening restrictions amid an escalation of violence from October, which included attacks on Israeli civilians by Palestinians and apparent extrajudicial executions by Israeli forces. Israeli settlers in the West Bank attacked Palestinians and their property with virtual impunity. The Gaza Strip remained under an Israeli military blockade that imposed collective punishment on its inhabitants. The authorities continued to demolish Palestinian homes in the West Bank and inside Israel, particularly in Bedouin villages in the Negev/Naqab region, forcibly evicting their residents. They also detained and deported thousands of African asylum-seekers, and imprisoned Israeli conscientious objectors.

The United Nations has predicted that Gaza, home to nearly 2 million trapped Palestinians, could become “uninhabitable” by 2020 due to Israel’s cruel siege and its devastating military assaults, the last of which resulted in the deaths of approximately 500 Palestinian children.

If Israel is what passes for a “pacific” nation nowadays, then God help us all.

Murphy declares incredulously that “[i]n 2016, there were 20 General Assembly resolutions against Israel, and one each against Syria, Iran, North Korea and Russia. It’s astonishing, or would be, were it not by now so utterly routine.”

Plainly, Murphy is claiming that the United Nations singles out Israel unfairly.

Murphy omits to mention the most salient fact: the United States, Canada and the European Union have all imposed sanctions on the four human rights violators whom Murphy singles out (Syria, Iran, North Korea and Russia) but have not sanctioned Israel despite its decades-long abuses of Palestinian rights.

If the curmudgeon-in-chief were remotely objective, it might have occurred to him that the reason for the General Assembly’s repeated denunciations of Israel is that Western powers have immunized Israel from meaningful sanctions, but those same powers do not hesitate to sanction human rights violators who challenge Western hegemony. The General Assembly is fed up with Western hypocrisy, and has every reason to be.

The claim that Israel is subject to an unfair double standard may well constitute the most pernicious piece of Israeli propaganda. Not only has Rex Murphy swallowed that propaganda whole, but he is now regurgitating it to Canadians through the National Post, Canada’s leading forum for anti-Palestinian sentiment.

In the final analysis, it is indeed true that Israel is subject to a double standard, but what the Rex Murphys and the National Posts of this world are not telling us is that that double standard advantages Israel and perpetuates the suffering of the Palestinian people. 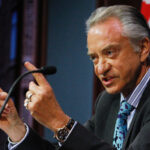