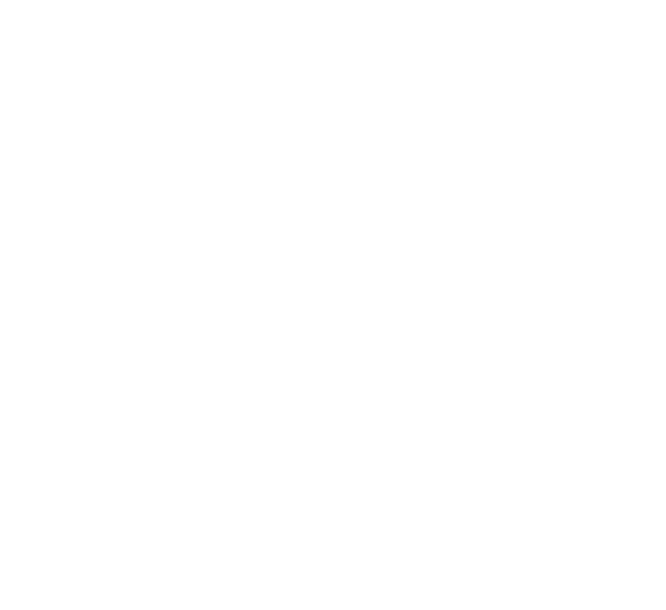 On March 24, 2019, I concluded a three-city speaking tour about my recent visit to Venezuela. My presentations were open to the public. There was no charge for admission. I was not compensated by anyone to speak at these events, nor were my travel expenses reimbursed by anyone.

Thanks to the admirable efforts of the organizers, who volunteered their time to make this tour possible, all three events were well-attended.

In my presentations, my over-arching theme was that Western corporate media are presenting a grossly imbalanced picture of the reality in Venezuela, and that, while the government of Nicolas Maduro is far from perfect, Western powers cannot be trusted to defend the interests of ordinary Venezuelans – particularly the most vulnerable members of Venezuelan society. The crisis in Venezuela should be resolved by Venezuelans. Foreign powers should confine their role to the facilitation of a peaceful, negotiated resolution with a minimum of suffering.

My presentations in Toronto, Ottawa and London, Ontario were well-received by audience members. In Ottawa, however, I encountered a small group of vociferous, pro-opposition disrupters, including University of Ottawa Associate Professor Isaac Nahon-Serfaty.

I had never heard of Nahon-Serfaty before my presentation in Ottawa. I ascertained subsequently that Nahon-Serfaty has authored numerous anti-Chavismo op-eds, several of which have been published by Postmedia. As I have previously written, Postmedia’s newspapers routinely compromise journalistic integrity in order to advance the right-wing agenda of those who control Postmedia.

Predictably, Nahon-Serfaty’s Postmedia op-eds agitate for foreign intervention in Venezuela and are replete with evidence-free attacks on Hugo Chavez and Nicolas Maduro – for example, the wholly unsubstantiated claim that Nicolas Maduro presides over a “narco-dictatorship“.

In my Ottawa presentation and in the Q&A which followed it (during which the moderators did not vet questions or comments), Nahon-Serfaty and his associates constantly interrupted me. At the outset of the Q&A, Nahon-Serfaty screamed at me and repeatedly accused me of lying. When an elderly audience member became fed up with Nahon-Serfaty’s theatrics and objected to his behaviour, Nahon-Serfaty rushed in his direction and had to be restrained.

Frankly, I have never seen behaviour like this from a university professor.

Within hours of my presentation, Nahon-Serfaty published on his website a diatribe entitled “LYING ABOUT VENEZUELA IN OTTAWA: VAMOS A CONTAR MENTIRAS” (“vamos   a contar mentiras” means “let’s tell lies”).

One would think that a university professor who accuses a journalist and lawyer of ‘lying’ would feel obliged to provide evidence to substantiate his allegations, but not Nahon-Serfaty.

In his blog post, Nahon-Serfaty began by stressing the journalistic limitations of my visit to Venezuela: that I stayed in Caracas for only seven days, that I do not speak Spanish and relied (entirely at my own expense) on a translator (who has spent her entire life in Venezuela), that I stayed at a hotel in the business district of Altamira where other international correspondents stayed, and that I did not visit the shanty-towns (not because I did not want to go there, but because my translator, who lives in a working class neighbourhood of Caracas, did not feel safe going there.)

During my presentations, I never identified the Caracas hotel in which I had stayed, but Nahon-Serfaty confidently asserted it was “four-star”. Almost all of the many international correspondents who stayed at that hotel while I was there were from mainstream media organizations like NBC and the CBC, whose reporting on the Venezuela crisis has been unremittingly pro-opposition. While in my hotel, I ran into the CBC’s Adrienne Arsenault. According to VenezuelaAnalysis.com, Arsenault and her CBC colleague Anna-Maria Tremonti “[have managed] to spew-forth nearly every pro-intervention exaggerated claim about Venezuela there is to be found.”

Apparently, Nahon-Serfaty is not bothered by the presence of Western journalists in a “four-star” Caracas hotel – as long as their reporting accords with his own virulent hostility to Maduro.

Moreover, Nahon-Serfaty omitted to mention that, at the outset of my discussion about my trip to Caracas, I myself went out of my way to alert the audience-members to the journalistic limitations of my visit to Venezuela. Here is the PowerPoint slide that I used to emphasize those limitations:

After Nahon-Serfaty highlighted those limitations without revealing that I myself had emphasized them in my presentation, Nahon-Serfaty writes that I am “an agent of Maduro’s propaganda” but that I have nonetheless “claimed” that I had not been compensated for my reporting on the Venezuela crisis or reimbursed for my travel expenses.

Since I began reporting from Caracas in early February, I’ve been repeatedly accused by pro-opposition trolls of being a ‘commie’ who is being paid by Venezuela’s government. For example:

As I have stated repeatedly and publicly, however, no one has paid me to report on Venezuela or to visit the country and no one has reimbursed any part of the travel expenses I incurred in travelling to Venezuela or in conducting my speaking tour on Venezuela.

If Nahon-Serfaty or anyone else purports to have evidence that I have been compensated or reimbursed for any of these things, I invite them to produce such evidence. But they can’t and they won’t, because no such evidence exists. This, however, does not deter them from alleging or insinuating that I am a paid agent of the Maduro government.

During his tirade in Ottawa, Nahon-Serfaty admitted, with no prompting from me, that the demographic information in the slide above was entirely accurate – an admission he omits to mention in his blog post.

In his blog post, the only argument that Nahon-Serfaty articulates in support of his claim that my presentation of background facts about Venezuela was ‘biased’ was the following:

[Lascaris] presented two photos of the members of the National Assembly: one with the members of the ruling party PSUV, and another showing the representatives from the democratic opposition forces. He said that it was clear that the photo from the PSUV showed the “majority” of Venezuelans who are coloured and mestizos, while the picture from the opposition showed mainly white people (i.e. the “minority” of Venezuelans).

Frankly, I can only guess at the meaning of this incoherent passage.

The photographs which I used in my PowerPoint presentation and to which Nahon-Serfaty refers in his blog post were posted on Twitter by author, historian and journalist Vijay Prashad:

For the record, I have never maintained that the photos above constitute proof, in and of themselves, that racial and economic factors influence voter preferences in Venezuela. The argument that I made about racial and economic factors affecting voter preferences are based on several sources, including my discussions with ordinary Venezuelans in Caracas, my discussions with Venezuelan human rights activists, my observations at pro-opposition and pro-government events, and my review of reports from journalists who have covered Venezuela extensively.

One such journalist is Greg Palast. Palast recently authored an article in which he wrote:

Four centuries of white supremacy in Venezuela by those who identify their ancestors as European came to an end with the 1998 election of Hugo Chavez who won with the overwhelming support of the Mestizo majority. This turn away from white supremacy continues under Maduro, Chavez’ chosen successor.

In my interviews with Chavez for BBC beginning in 2002, he talked with humor about the fury of a white ruling class finding itself displaced by dark-skinned man who was so visibly “Negro e Indio,” a label he wore loudly and proudly.

Why did the poor love Chavez? (And love is not too strong a word.) As even the US CIA’s surprisingly honest Fact Book states:

Social investment in Venezuela during the Chavez administration reduced poverty from nearly 50% in 1999 to about 27% in 2011, increased school enrollment, substantially decreased infant and child mortality, and improved access to potable water and sanitation through social investment.

Nahon-Serfaty appears to have been outraged by the suggestion that Chavismo has derived its support primarily from the dark-skinned and poorer segments of Venezuelan society. In his diatribe, he rails against me and one of my two co-panelists, Jean Saint-Vil (who is Haitian-Canadian), for having “played the race card” “ad nauseam”.  Yet Nahon-Serfaty does not cite a scintilla of evidence to refute the claims that we made about the role of race in Venezuelan voter preferences. Does he deny that racism has existed for centuries in Venezuela? Does he contend that it does not play a role in voter preferences? If it does play a role, what role does it play? And what is the basis of his claims about race and voter preferences?

Nahon-Serfaty next accuses me of ‘lying’ about Venezuela’s last presidential election in 2018 and about the absence of state repression at a major opposition rally that I attended in early February in Caracas. Again, however, he adduces no evidence – none whatsoever – to substantiate his allegation that I made false statements about these matters.

He complains, rather, that I failed to mention state violence that allegedly occurred in 2014 and 2017 – years before my visit to Venezuela. I was not present in Venezuela at that time, however, and I am therefore not well positioned to evaluate the competing claims about what happened in those years.

Nahon-Serfaty would have us believe that the violence of those years was perpetrated solely by state authorities and that the victims were exclusively from the opposition, but journalists who were on the ground at that time – for example, Abby Martin – reported that the opposition often engaged in deadly violence. In one of the most appalling instances of opposition violence, masked protesters reportedly stabbed and burned alive Afro-Venezuelan Orlando Figuera when he passed through the opposition stronghold of Chacao and was accused of being a government supporter.

In Nahon-Serfaty’s hopelessly biased and simplistic view, Venezuela’s opposition is saintly and pristine whereas the government and the security forces who support it are demonic mass murderers. I, on the other hand, have formed a far more nuanced view, a view which continues to evolve as I learn more and more about this extraordinary country.

Indeed, I readily acknowledged in my presentation that the Maduro government has committed human rights violations. While I was in Venezuela, I sought out and interviewed Venezuelan human rights activist Antonio Gonzalez Plessman. I asked him about claims that Nicolas Maduro is a ‘brutal dictator’. In my Ottawa presentation, I talked about my interview of Mr. Plessman and I used this slide to highlight Mr. Plessman’s response to my question:

My full interview of Mr. Plessman can be seen and watched here. I recommend that you watch it.

Unlike Nahon-Serfaty, who arrogantly proclaims that he knows vastly more about journalism than I do, I consider it to be my journalistic duty, whatever my own political views may be, to hear and report competing perspectives. That is why I interviewed both opposition supporters and government supporters while I was in Caracas.

Listen to their voices, not mine. Decide for yourselves what is really going on in Venezuela. You need not take my word for it.

As for Nahon–Saferty’s assertion that I would fail his journalism class, I have only this to say: one of the very reasons that journalism is so pathetic in this country is that ‘professors’ like Nahon-Serfaty are teaching it. 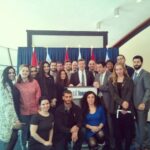 When it Comes to Silencing Israel’s Critics, John Tory and James Pasternak Won’t Take ‘No’ For An AnswerCanadian Politics, Human Rights, Middle East 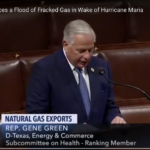