On November 20, 2019, Herut Canada was met with a large protest by Palestinian solidarity activists when it held a presentation by former Israeli soldiers on the campus of York University.

Herut Canada is the Canadian affiliate of Israel’s Herut Party. Herut was founded in 1948 by former Israeli Prime Minister Menachem Begin as the political successor to Irgun, a Zionist paramilitary force which committed numerous atrocities, including the infamous Deir Yassin massacre in which as many as 250 Palestinian civilians — including women, children and the elderly — were murdered.

In a 1948 letter to the New York Times, Albert Einstein, Hannah Arendt and dozens of other Jewish intellectuals denounced Herut as “a political party closely akin in its organization, methods, political philosophy and social appeal to the Nazi and Fascist parties.”

In 2006, Israeli authorities investigated Herut for racist incitement after Herut employed an election banner which implied that Israel’s Palestinian population was “poison.”

Earlier this year, Isaacs provoked a firestorm of controversy when she unfurled a Herut Canada flag at the Al Aqsa mosque in Jerusalem, one of the holiest sites in Islam.

A campus event featuring Herut Canada and former soldiers of the IDF – an army that is guilty of countless war crimes against the Palestinian people – was bound to arouse strong feelings among pro-Palestinian members of the York University community.

Before the Herut Canada event took place, York University’s administration anticipated violence from the far-right Jewish Defence League (two of whose members were recently charged with hate crimes in the United States).

On the Facebook page of the far-right, Islamophobic “Never Again Canada,” the head honcho of JDL Canada, Meir Weinstein, described the letter from York University’s General Counsel as “outrageous”:

During the Herut Canada event, and as confirmed by this video, Isaacs revealed to her audience that Hillel, a pro-Israel advocacy group that is active on university campuses across Canada, “did not want to participate with Reservists on Duty at all. They said it was ‘inflammatory'” and asked “that this event not happen”:

Nonetheless, almost immediately following the conclusion of the protest against the Herut Canada event, reports began to emerge from pro-Israel organizations and Zionist politicians that pro-Palestinian protesters had engaged in hateful, violent and anti-Semitic conduct.

Ontario’s far-right Premier, Doug Ford, then tweeted that he was “disappointed that York University allowed for a hate-filled protest to take place last night at Vari Hall. I stand with the Jewish students and the Jewish community. There is no place in Ontario for racism and hatred.”

Toronto Mayor John Tory piled on, tweeting that “I am very disturbed by the apparent polarization and violence evident from the events of last night at York University. I have heard concerns from several Jewish groups in our city today. Anti-Semitism and violence is totally unacceptable.”

Finally, Justin Trudeau got in on the act. On November 23, Trudeau tweeted that “violence & racist chants broke out against an event organized by the Jewish community at York University. What happened that night was shocking and absolutely unacceptable. Anti-Semitism has no place in Canada. We will always denounce it & all forms of hatred.”

Levitt, Ford, Tory and Trudeau have an extensive and shameful record of near-unqualified support for the State of Israel. So it was hardly surprising that none of them cited an iota of evidence to back up their accusation that pro-Palestinian protesters had engaged in anti-Semitic or violent conduct.

Yet the Jerusalem Post did not produce a scintilla of proof to back up its grave charge.

I myself was not present at the York University protest, but I have since spoken to numerous Palestinian solidarity activists who were there. I have also viewed over 50 separate videos, ranging in length from a few seconds to over 6 minutes, that were taken or posted either by participants in the Palestinian solidarity protest or by pro-Israel organizations or pro-Israel participants in the Herut Canada event.

None of the activists to whom I spoke, and none of the videos I have viewed, support the accusation that pro-Palestinian protesters engaged in violence, chanted “go back to the ovens,” or engaged in any other form of anti-Semitic conduct or expression.

It is implausible in the extreme that, if such evidence existed, it would not have been published by now.

On the contrary, the videos I have seen show pro-Palestinians protesters dancing and chanting slogans that are in no way anti-Semitic. For example:

Not only have I seen no evidence to support the charge of violence and anti-Semitism on the part of Palestinian solidarity protesters, but the available evidence strongly suggests that it was the pro-Israel participants who engaged in hateful violence.

One pro-Palestinian protester was knocked unconscious by an Israel supporter. This video shows the aftermath of that assault:

On Facebook, a far-right individual by the name of Daniel Savage declared that ‘one of his boys’ had knocked out “one of their guys.”

Never Again Canada posted that video on its Facebook page and described the unconscious, pro-Palestinian protester as a ‘dirty, screeching, Islamist, banshee.’

Another video shows that a student who volunteered to act as a marshall in order to protect pro-Palestinian protesters was briefly choked with a scarf around his neck by an Israel supporter:

In addition, the video below shows two Palestinian solidarity protesters being manhandled by pro-Israel supporters after they peacefully displayed a Palestinian flag and a photograph of slain Palestinian civilians inside the Herut Canada venue. As they were pushed out the door, a former IDF soldier followed them, shouting “Free Palestine from Hamas!”

The video below shows two other Palestinian solidarity protesters being met with verbal abuse and forced to leave the Herut Canada venue after they peacefully disrupted the presentation of a former IDF soldier from Calgary by standing up and displaying photographs of slain Palestinian civilians. At 2:06 of this video, JDL head honcho Meir Weinstein can clearly be seen pushing the Palestinian solidarity activists out of their seats:

Another photograph taken inside the Herut Canada event appears to show JDL member Max Bocknek (on the left). Bocknek has been charged criminally by Toronto police for allegedly assaulting a journalist:

Promptly after the events of November 20 (and prior to Justin Trudeau’s woefully misinformed tweet), Students Against Israeli Apartheid issued this statement to set the record straight:

In addition, on November 22, the day before Trudeau weighed in, the Executive Committee of CUPE Local 3903 issued a statement blasting Rhonda Lenton, the President and Vice-Chancellor of York University, for allowing representatives of a criminal foreign military to peddle their lies on campus and for failing to protect Palestinian solidarity activists who peacefully protested their presence:

Independent Jewish Voices has also issued statements that are supportive of the Palestinian solidarity activists, such as this one:

The question remains: why did Justin Trudeau mindlessly embrace the fake narrative of advocates for the apartheid regime?

The answer may lie in the fact that, only days before Herut Canada’s November 20 event, Trudeau mustered a rare moment of moral courage to vote in favour of Palestinian self-determination at the United Nations, and was promptly vilified for it by the pro-Israel lobby.

Perhaps Trudeau felt that throwing peaceful Palestinian solidarity activists under the bus was a fine way for him to mollify Canadian propagandists for the apartheid regime.

On November 24, the South African Students Union and the independent NGO, BDS South Africa, issued the following statement in support of the Palestinian solidarity activists who protested at York University on November 20: 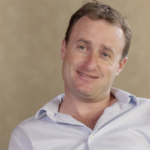 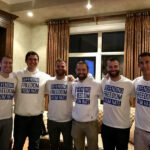