Last week, after being kidnapped by Israel’s navy in international waters and spending six days in an Israeli prison, Canadian human rights defender John Turnbull was released from Israel’s Givon prison and then deported to France.

During the past two months, John has travelled from Scandinavia to the waters off of Gaza as a crew member of the Freedom Flotilla. During the final leg of this humanitarian expedition, John served as the captain of The Freedom, one of the two Freedom Flotilla vessels confiscated by Israel’s navy on the high seas.

For the Real News, I spoke to John yesterday about the hijacking of The Freedom, the incarceration of its passengers and crew, and the devastating conditions in Gaza.

According to John, the Canadian government of Justin Trudeau is enthusiastically supporting a rogue Israeli regime that is committing a “slow genocide” in Gaza.

My conversation with John can be seen and heard here: 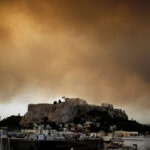 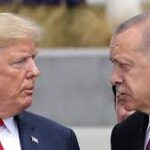