On my recent trip to Greece, I travelled to the Halkidiki region of northern Greece to see the Skouries open pit gold mine of Canadian miner Eldorado Gold. Standing at the edge of the mine, I spoke to Maria Kadoglou of Mining Watch Greece about fierce, local opposition to the mine and attempts by Eldorado to extract 850 million euros from the Greek State after the company was forced to suspend mining operations.

My report from the Skouries mine can be seen and heard here:

The is the second of two field reports that I have done on the Skouries mine. In the first report, I covered the commencement of a trial in Thessaloniki, Greece against 21 local environmental defenders who are accused of committing criminal offences at the Skouries mine. That report can be seen here: https://therealnews.com/stories/greek-state-prosecutes-21-environmental-defenders-for-opposition-to-eldorado-gold-mine.

Resistance to the Skouries mine was featured in the Avi Lewis / Naomi Klein documentary, This Changes Everything. 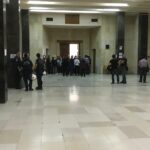 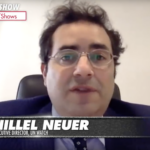