Today, the RCMP and private security guards from the Hotel Bonaventure in Montreal blocked me and author-activist Yves Engler from attending a speech by Justin Trudeau.

(The video appearing at the end of this post shows what transpired as Yves and I sought to enter Trudeau’s speaking venue.)

Trudeau’s speech today was addressed to the Montreal Foreign Relations Council. Yves and I viewed this speech as an appropriate occasion to challenge Trudeau on his government’s decision to sell weaponized personnel carriers to the murderous Saudi autocracy. Among its countless atrocities, the Saudi autocracy has caused a devastating famine in Yemen in which at least 85,000 children have died.  There is also compelling evidence that the Saudis have used Canadian-manufactured armoured vehicles in Yemen’s deadly conflict.

Thanks, however, to the RCMP’s speech police, Yves and I were deprived of the opportunity to tell the Prime Minister that we, as Canadian citizens, strongly oppose the sale of these weapons to Saudi mass murderers.

Yves and I attempted separately to enter Trudeau’s speaking venue (the banquet level of the Bonaventure Hotel in Montreal). Each of us was blocked from entering by RCMP officials and private, hotel security, who were clearly working in cooperation with the RCMP.

In this video, which was shot by Yves after he himself had been blocked from entering the venue, I asked the manager of hotel security to explain to me why his staff and the RCMP would not allow me to attend Trudeau’s speech. In the video, the security manager admits that he was instructed by the hotel’s administration to prevent me from entering the venue and that the hotel’s administration had provided to security personnel one or more photographs of me and Yves so that they could identify us readily. The security manager also claims that he was given no explanation for the decision to bar Yves and me from the event.

As the video shows, at least  eight RCMP officers and private security officials gathered to block our entry, even though Yves and I conducted ourselves at all times in a peaceful and civil manner.

This video makes clear that, under the direction of the Trudeau government, the RCMP and Canadian corporations are working together to suppress public criticism of Trudeau’s policies in advance of the upcoming election: 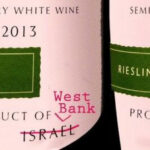 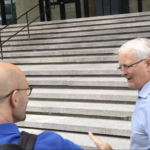