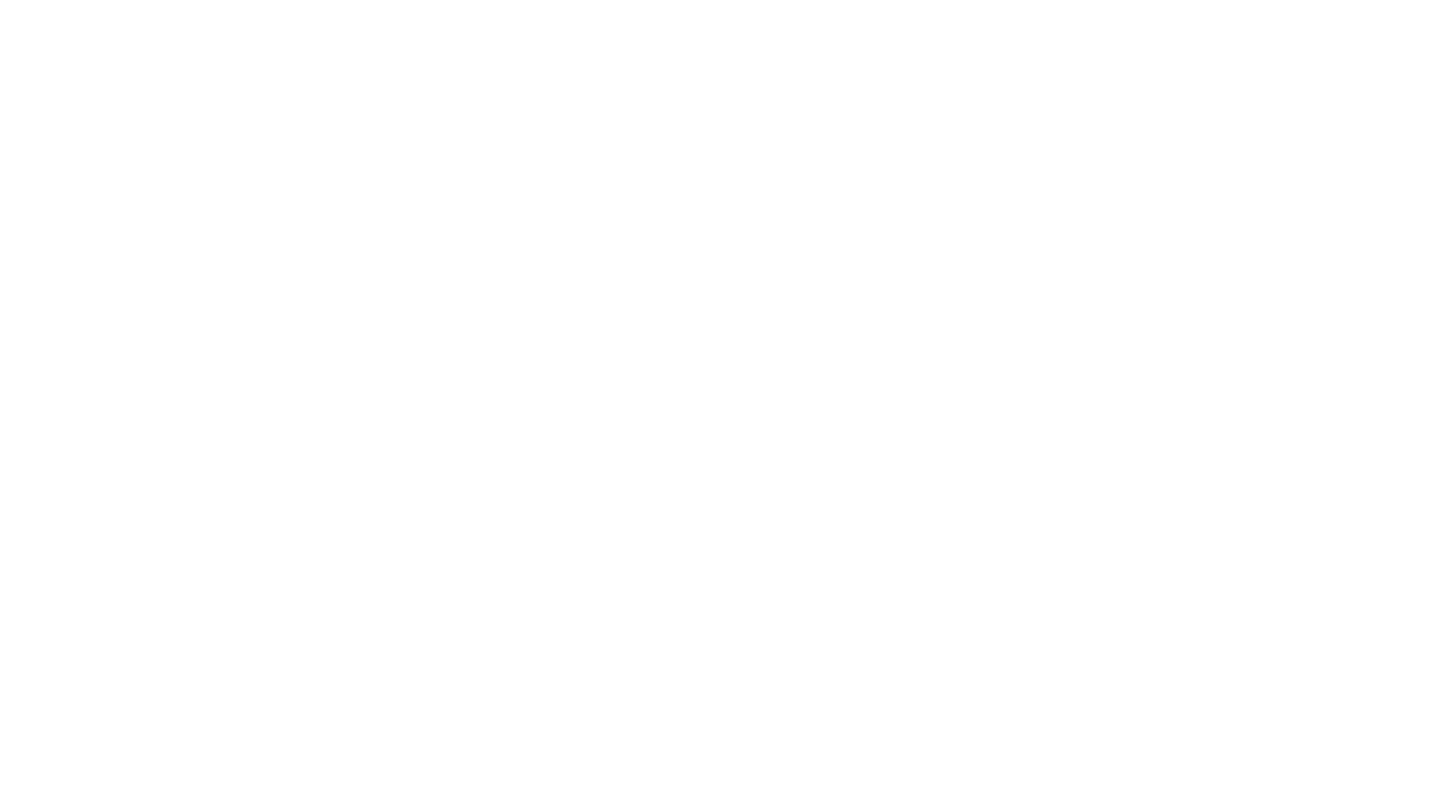 Ever since Trump’s victory in the 2016 U.S. Presidential election, I’ve watched with increasing unease as more and more of my fellow leftists have advocated for the censorship of those with whom we disagree.

The time has come for me to denounce this trend.

The final straw for me was the announcement this week that Canada’s money-grubbing cable companies — Shaw, Bell and Rogers — had decided to remove RT (formerly known as Russia Today) from their TV channel lineups.

Is RT a Propaganda Organ?

According to the CBC:

RT is a multi-language 24-hour news channel launched in 2005 — when it was known as Russia Today — and is now broadcast in more than 100 countries, according to its website. Funded by the Russian government, the channel has long been described by critics as a propaganda outlet for the Kremlin.

I am not a regular viewer of RT, but I have watched enough of its coverage to know two things about RT.

In February of last year, for example, RT reported that a United Nations special rapporteur on human rights had called for an immediate end to U.S. sanctions on Venezuela, saying they’ve had a “devastating” humanitarian toll and cut the flow of medical supplies amid the Covid-19 crisis. According to U.S.-based experts, U.S. sanctions on Venezuela have likely caused the deaths of tens of thousands of innocent Venezuelans, yet the terrible suffering those sanctions have inflicted on innocent civilians has been almost entirely ignored by the mainstream media in Canada and the United States.

Even if RT is largely a mouthpiece for the Russian government, there is value in allowing North American television viewers to have access to it. Russia is a nuclear-armed state. Its oil and gas industry is massive and, for that reason, the Russian government’s policies toward energy have important implications, both for the global economy and for resolution of a climate emergency that threatens us all. A television outlet that faithfully conveys the Russian government’s official perspective on global affairs can be a useful source of information to Western viewers, inasmuch as it can enlighten us about the goals, official positions and attitude of a highly consequential government.

At the end of the day, is RT’s news coverage propagandistic? To a degree, it is. It is also true, however, that much of RT’s news coverage is both informative and unavailable on other cable news outlets in North America. The challenge for RT’s viewers is to separate the wheat from the chaff. As I explain below, we Westerners confront that very same challenge when we get our news from the Western mainstream media.

In defence of free speech

Some of us – including yours truly – have confidence in ordinary citizens to decide for themselves what is true and what is false in our media landscape. Unfortunately, not everyone possesses that confidence. Nowadays, some of the loudest cheerleaders for censorship are self-described promoters of participatory democracy: 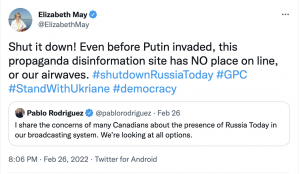 The notion that ordinary citizens are incapable of distinguishing truth from falsehood is paternalistic and anti-democratic. Censorship implies that the masses cannot be trusted to discern the truth, but if that were true, then why allow the masses to participate as equals in elections and in decisions about the policy orientation of the government? If one is truly committed to democratic decision-making, then one should trust the people to exercise good judgment when they are confronted with ‘fake news’.

Censorship is undemocratic for another reason. In any censorship regime, the censor inevitably accumulates power to determine the boundaries of permissible debate. Power of that nature and magnitude can and inevitably will be abused to serve the interests of those who possess that power, to the detriment of those who lack it.

Granting the power of censorship to for-profit corporations is particularly dangerous. Corporations are inherently hierarchical. Their managers are largely immune to democratic control. Their ultimate and overarching objective is self-enrichment. Moreover, those who control large, for-profit corporations invariably possess a pro-capitalist, pro-oligarchy perspective that influences their decisions about which speech is permissible.

It is naïve in the extreme to believe that corporate managers will use the power of censorship to prioritize and protect the public interest. On the contrary, they will use it to protect their own interests, as well as those of their corporate masters.

Accordingly, no leftist should ever encourage corporations — for example, Facebook and Twitter — to engage in censorship. If we encourage them to use that power, they will inevitably use it against us. In fact, they already do.

Quite apart from the anti-democratic character of current censorship practices, truth is most likely to emerge from robust debate, not from the silencing of dissenting voices. Experience has shown repeatedly that even those who are widely regarded as leading experts are capable of falling into bias and error. Sometimes, and increasingly so, experts are corrupted by money. Conversely, at any given moment, useful and even revelatory insights into complex and pressing issues can emerge from the humblest and most obscure corners of society. By silencing ‘fringe’ voices, we undermine the search for truth.

I recognize that the general public or specific constituencies can be and frequently are targeted by sophisticated disinformation campaigns. Due to a lack of time, resources or expertise, it can be challenging for those targeted by these campaigns to separate truth from falsehood. In my view, however, the best way to counter sophisticated disinformation campaigns is to expose and rebut them publicly by means of reasoned argument and evidence, not by conferring upon some higher authority the power to decide what we can and cannot read, see and hear. Education — not silencing — is the primary means by which we should respond to disinformation. As a ‘cure’, censorship is worse than the disease.

In the real world, few if any censorship decisions satisfy these minimal requirements.

Corporate media are no less propagandistic than state-funded media

Much of the criticism of RT has focused on the fact that RT is state-funded. That is also true, however, of Western state broadcasters like the CBC, the BBC and NPR. Does state funding make them all inherently untrustworthy?

Moreover, lurking beneath criticisms of state-funded broadcasters is an unspoken assumption that corporate funding of news organizations is less corruptive than state funding, but no one has ever explained why that would be the case.

Canada’s largest newspaper chain, Postmedia, is controlled by a pro-Trump hedge fund. Postmedia also happens to be the most right-wing, major media organization in Canada. Among other ideological drivel, Postmedia newspapers routinely publish pro-oil, climate denial nonsense from propagandists like Rex Murphy. Are we seriously to believe that Postmedia’s predilection for right-wing propaganda has nothing to do with the ideology of those who control it?

The decision to censor RT reeks of hypocrisy

The decision to remove RT from Canadian television programming reeks of hypocrisy.

Let’s take the example of Fox News, which is authorized for distribution in Canada. A recent study found that climate denial claims dominated 86% of climate change segments on Fox News. Climate change constitutes an existential threat to all of humanity, so it’s hard to imagine a form of propaganda more dangerous than climate denial. Yet I don’t hear any of those Canadian politicians who cheered for the suppression of RT calling for the removal of Fox News from Canadian television.

And what about CNN, which is little more than a mouthpiece for the warmongering, neoliberal wing of the Democratic Party?

Since Russia launched its war of aggression against Ukraine, I’ve watched over twenty hours of Western news coverage of the conflict, primarily on CBC, CNN, the BBC and Euronews. Not once have I seen or heard a single Western journalist, commentator or politician even attempt to understand the true causes of this conflict. The idea that Russia’s government might conceivably have legitimate grievances in this matter is rejected out of hand or treated as heresy. Putin’s decision to invade Ukraine is conveniently and simplistically explained away as the act of an ‘evil madman’.

As I recently explained, however, Russia’s government does indeed have legitimate grievances. The true causes of this conflict are readily determinable. To understand how we got to this terrible place, all we need to do is examine the historical record. If we are to stand any chance of finding a rapid and peaceful resolution of this war – which should be our highest priority – then we must make every reasonable effort to understand and address the legitimate grievances of both Russia and Ukraine.

In the final analysis, Western news coverage of this war is every bit as propagandistic as RT’s news coverage. Therefore, those who have called for the suppression of RT in Canada are not truly opposed to misinformation. Rather, what they despise is propaganda that undermines their own propaganda.

The art of peace requires us to see the world through the eyes of our enemiesCanadian Politics, Human Rights, International