On October 28, 2022, U.S. Secretary of State Antony Blinken and Canadian Foreign Minister Melanie Joly attempted to stage a photo op at the Marché Jean-Talon in Montreal, Canada. I and other anti-war activists disrupted their photo op and forced them to conduct it in a side-room, away from the ruckus we caused.

Part of our disruption can be viewed in this video:

Later that day, Canada’s French-language state broadcaster, RDI, published a report on our disruption, which can be viewed below. RDI chose to focus its story entirely on our demands that the U.S. and Canada stay out of Haiti and completely ignored our denunciation of U.S./Canada support for NATO’s proxy war against Russia: 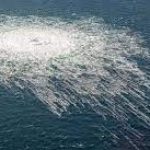