COP22 Not Addressing Inadequacies of Paris Agreement
November 18, 2016
Reporting from Marrakech, Dimitri Lascaris says inertia afflicting prior conferences is still at play despite determination of the global community to move ahead with climate change efforts

Canada’s Indigenous Peoples Contribute Least to Global Warming While Suffering From It the Most
November 18, 2016
At COP22, AFN Regional Chief for Manitoba, Kevin Hart, discusses humanity’s urgent need to heed the ecological wisdom of indigenous peoples

Canadian Youth Struggle to be Heard at COP22
November 18, 2016
At COP22, representatives of Canada’s Youth Delegation demand that Justin Trudeau honor his commitment to be the “Minister of Youth”

Fossil Fuel Subsidies: The Elephant that Refuses to Leave the Room at COP22
November 17, 2016
Speaking from Morocco, Adam Scott of Oil Change International discusses the ongoing failure of governments around the world to eliminate fossil fuel subsidies

Clean Energy: The Force that Politics Cannot Constrain
November 16, 2016
At COP22, Anthony Hobley, CEO of the Carbon Tracker Initiative, explains that President-elect Trump is powerless to stop the global transition to renewable energy

TRNN at COP22: After Donald Trump, Will the ‘COP of Action’ Become Just Another COP of Inaction?
November 15, 2016
Hoda Baraka of 350.org discusses the implications of Donald Trump’s victory for the first climate conference after the Paris Accord

TRNN at COP22: Donald Trump’s Climate Change Denialism Is About to Collide With Geopolitical Reality
November 15, 2016
Environmental lawyer Clare Lakewood discusses the legal and political obstacles to Donald Trump’s abandonment of U.S. commitments under the Paris climate accord

Dimitri Lascaris Reports on The New Climate Accord from Paris
December 12, 2015
On the last day of COP-21, Dimitri gets the reaction of climate scientists: Kevin Anderson and Johan Rockstrom to the serious deficiencies of the agreement

Are Fossil Fuel Companies Recognizing Climate-Related Risks of Business?
December 8, 2015
Carbon Tracker Institute CEO Anthony Hobley speaks to TRNN correspondent Dimitri Lascaris about how global capital markets are realizing that fossil fuels companies will not be able to burn all of their reserves without wrecking the planet

Green Party of Canada Leader Speaks from COP21 in Paris
December 7, 2015
TRNN Correspondent Dimitri Lascaris talks with Elizabeth May about the key issues that remain to be resolved at COP21, and whether the best resolution is possible within a capitalist economy

Climate Protesters Defy State of Emergency in Paris
December 1, 2015
Janet Redman of IPS and Dimitri Lascaris of The Real News report on the COP 21 challenges in Paris that could isolate the US

No Dissension on Oil Exploration in the Leaders Debate in Canada
September 19, 2015
Writer Nora Loreto and Green Party member Dimitri Lascaris argue all leading parties overemphasize the link of jobs and oil expansion while organized labor takes them at their word

Group Petitions For Divestment From Fossil Fuels By University of Toronto
May 22, 2014
Dimitri Lascaris discusses whether divestment or engagement is the better strategy for effecting meaningful change in the relationship between higher education and the fossil fuels industry 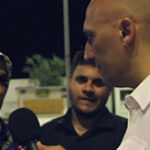 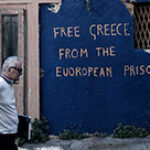