Yanis Varoufakis: How The Greek People’s Magnificent “No” Against Austerity Became “Yes”
January 28, 2016
Dimitri Lascaris discusses with Yiannis Varoufakis, the former Finance Minister of Greece, his efforts to persuade EU leaders to relax their demands for more austerity

Odious Debt and the Betrayal of the Popular Will in Greece
July 18, 2016
Dimitri Lascaris speaks with Zoe Konstantopoulou, ex-Speaker of Greece’s Parliament, about Syriza’s “treason” and the creation of a new political party whose goal is to unburden Greece of its odious debt

SYRIZA Forced to Choose Disorderly Grexit or Terrible Deal
July 19, 2015
In an interview with Dimitri Lascaris, Greece’s Minister of Education Aristides Baltas of Greece explains the conflict between responsibility and conviction in the decision to accept the new deal

Italian Bank Failures Could Disintegrate the EU
July 31, 2016
Political economist Gerry Epstein and Dimitri Lascaris say that Italian banks are in such trouble that they need to be nationalized with their management removed

Will Brexit Lead to Grexit?
July 3, 2016
Dimitri Lascaris says so-called leftist or socialist governments throughout the EU are engaging in self-immolation and are becoming wildly unpopular by embracing austerity

Greek Austerity Leading to Brain Drain with No Economic Recovery in Sight
June 20, 2016
Dimitri Lascaris says the latest unemployment figures in Greece show the indifference of the EU elite to the hardships of austerity and the democratic will of the European people

IMF-Eurozone Deal Hailed as a Breakthrough, But No Relief for Greeks
May 5, 2016
Dimitri Lascaris, securities class actions lawyer, says the Troika is lending money with one hand and taking it back with the other, perpetuating the fiction that Greece’s debt is sustainable

Members of Syriza’s Central Committee Defecting to Popular Unity
August 28, 2015
Dimitri Lascaris discusses a rebellion by left-wing Syriza MPs against the Greek government’s capitulation to the austerity demands of the Troika

Greek Prime Minister Alexis Tsipras Tenders His Resignation
August 20, 2015
Reporting from Greece, Dimitri Lascaris explains the constitutionality of the move and weighs in on the calculation to hold another general election on September 20th

Greek Bailout Approved in Parliament Causing a Rebellion in SYRIZA
August 14, 2015
Dimitri Lascaris Report: Tsipras is facing a no confidence vote, in the meantime the Eurogroup approves a new bailout deal

Greek Bailout Goes to Servicing the Debt
August 12, 2015
Dimitri Lascaris explains that, although Greek budget surplus targets have been reduced, this is no victory since those targets will be nearly impossible to achieve and will throw Greece into a perpetual depression

Greek Voters Deliver Stunning Rebuke to Austerity
July 5, 2015
In an interview with Dimitri Lascaris, Professor Michael Spourdalakis, Dean of the School of Economics and Politics at the University of Athens, says it is time for the Greek government to play hardball with the Troika

Varoufakis Sued for Alleged Treason While Syriza’s Left Platform Is Accused of Conspiracy
July 29, 2015
Dimitri Lascaris reports on the charges against Varoufakis and critiques the media for engaging in a smear campaign that accuses the former energy minister Lafazanis and the leaders of the Left Platform of being covert plotters

Will the Greek Left Unite to Oppose Austerity?
July 27, 2015
Dr. Panagiotis Sotiris, member of Antarsya, talks to Dimitri Lascaris about Syriza’s failure to implement its anti-austerity program and the political options that are now available to the left in Greece

Thousands Protest As Greek Parliament Approves Second Round of Austerity Measures
July 23, 2015
Demonstrators tell TRNN’s Dimitri Lascaris why they oppose reforms demanded by Greece’s creditors and why they support leaving the Eurozone

SYRIZA’s Thessaloniki Programme vs. Euro-Troika Austerity
July 22, 2015
Hours before the second austerity bill is expected to pass in Greek Parliament, Dimitri Lascaris interviews Dr. Stathis Kouvelakis, leading member of the Left Platform of SYRIZA, who defends the original mandate for national reconstruction given to SYRIZA

Greek Deal Will Erode Sovereignty and Deepen Recession
July 14, 2015
Dimitri Lascaris says a new bailout deal between Greece and its creditors is a collective punishment of the Greek people for supporting a party that attempted to moderate neoliberalism in Europe

#ThisIsACoup
July 13, 2015
Dimitri Lascaris and Professor Michael Spourladakis of the University of Athens discuss with Paul Jay whether the humiliating offer presented by Eurozone finance ministers to the Greek government is designed to bring down Syriza

Debate Rages in SYRIZA Over Austerity Plan
July 11, 2015
During the early hours of Saturday morning, the Greek Parliament passed the motion by a majority vote of 250 – 300, but Dimitri Lascaris says this is one of the worst political debacles in modern European history

The Inevitable Grexit and Banking Collapse
July 9, 2015
Dimitri Lascaris Report: while the credibility of Prime Minister Alexis Tsipras hangs by a thread, 15 out of 18 European governments support ousting Greece from the Eurozone

Real News Event in Toronto on June 29 (1/3)
July 2, 2015
At Beit Zatoun in Toronto, Dimitri Lascaris and Professor Leo Panitch of York University discuss the events leading to the critical Greek referendum on July 5, 2015 on whether Greece will accept the deal offered by the European “Troika”

Will the Greek Referendum Bring the Troika Back to the Bargaining Table? (1/2)
June 29, 2015
Dimitri Lascaris and Leo Panitch discuss the possible consequences of a ‘no’ vote in the July 5th referendum on the bailout conditions offered by international creditors

Will the Greek Referendum Bring the Troika Back to the Bargaining Table? (2/2)
June 29, 2015
Dimitri Lascaris and Leo Panitch discuss the possible consequences of a ‘no’ vote in the July 5th referendum on the bailout conditions offered by international creditors

Troika Demands Could Create Rupture Within SYRIZA
June 11, 2015
Dimitri Lascaris Report: The IMF knew that the Greek debt was unsustainable and demanded that it be written down, but this proposal was rejected by the Troika, with consequences that could include a rupture within SYRIZA

Default Looms in Greece
May 24, 2015
Dimitri Lascaris discusses what’s at stake with talk of referendums in Greece and Germany

Syriza’s Choice: Bail on the People or the Troika
April 21, 2015
Dimitri Lascaris says debt relief is not on the table, but unnamed European government officials are indicating some modest short-term concessions might be in order

A Greek Default Hanging by a Thread
April 2, 2015
Dimitri Lascaris warns that the powers that be in Europe are being unusually silent

Syriza – a Necessary Compromise or Avoiding an Inevitable Conclusion?
March 15, 2015
Dimitri Lascaris and Professor Leo Panitch discuss the Greek government’s negotiating strategy and whether it should be preparing to leave the Eurozone

A Look at the Greek PM Tsipras’ First Address to Parliament
February 22, 2015
Dimitri Lascaris discusses how the SYRIZA government plans to end austerity and carry out the clear mandate of the people

Finance Minister of Greece Offers Debt Swap Options to the Europeans
February 3, 2015
Dimitri Lascaris explains that European Central Bank President Mario Draghi wants to commit Greece to an austerity program but he is up against a game theorist

New Greek Prime Minister Alexis Tsipras Sworn In to Office
January 27, 2015
Dimitri Lascaris: SYRIZA leader’s first act as Prime Minister was to visit the grave site where hundreds of members of the Greek Resistance were executed by the German Nazi forces during World War II

Now in Power, SYRIZA Faces Herculean Task
January 26, 2015
Dimitri Lascaris says breaking up the troika and the power of oligarchs that control Greece is not going to be an easy task

Greek Right Fears First Left Government in Greek History
January 24, 2015
Dimitri Lascaris reports from Greece that a near six-point lead for SYRIZA is raising memories of the fascist coup and civil war

Our Name is Resistance
April 10, 2012
Dimitri Lascaris: Greece buries Dimitris Christoulas as many pledge to carry on the fight against austerity 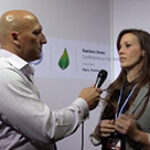 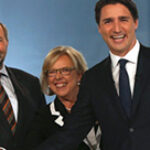