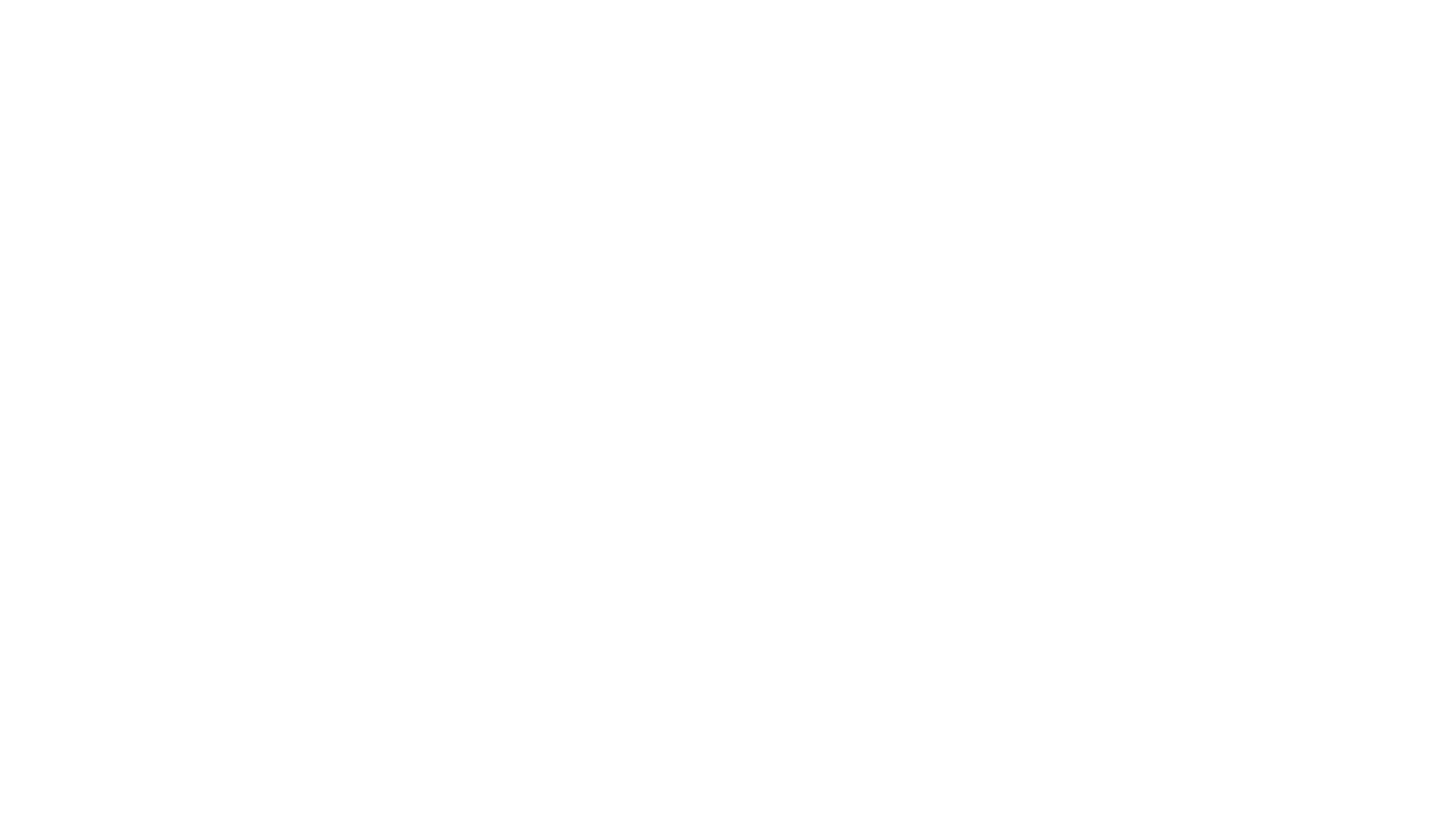 Soleimani’s killing, accomplished by means of a drone strike in Baghdad, was done without the authorization of the Iraqi government. It thus constitutes a grave breach of Iraqi sovereignty.

It also constitutes an act of war against the state of Iran. Soleimani was a high-ranking representative of the Iranian government, reputed by many to be the second most powerful official after Iran’s Supreme Leader, Ayatollah Ali Khamenei.

The U.S. government sought to justify Soleimani’s assassination on the basis that Soleimani was allegedly planning one or more “imminent” attacks on Americans.

According, however, to New York Times correspondent Rukmini Callimachi, who consulted with knowledgeable sources within the United States government, the evidence suggesting there was to be an imminent attack on American targets is “razor thin.”

As stated by Agnes Callamard, the U.N.’s Special Rapporteur on on Extra-Judicial Executions:

Outside the context of active hostilities, the use of drones or other means for targeted killing is almost never likely to be legal.

Ms. Callamard went on to explain that:

To be justified under international human rights law, intentionally lethal or potentially lethal force can only be used where strictly necessary to protect against an imminent threat to life.

Thus, Soleimani’s assassination was not only a grave breach of Iraqi sovereignty and an act of war against Iran, it was also a violation of international human rights law.

Even worse, on January 5, Iraq’s Prime Minister revealed that Trump had called him to ask him to mediate between Saudi Arabia and Iran with a view to defusing tensions between them and that the U.S. assassinated Soleimani at the very moment when Soleimani was carrying a response to the Saudi initiative.

Now THIS is grounds for #impeachment – treachery unleashing the unthinkable for Americans & people the world over: Trump asked Iraqi prime minister to mediate with #Iran then assassinated Soleimani – on a mediation mission.

Undeterred by the collapse of his mendacious justification for provoking war with Iran, Trump threatened on January 5 to target Iranian cultural sites – a brazen war crime – if Iran elected to retaliate against his act of war.

Meanwhile, Iran has announced its withdrawal from the Obama-era nuclear deal, referred to as the Joint Comprehensive Plan of Action or “JCPOA.” The JCPOA’s future was already in grave doubt due to the Trump administration’s withdrawal from the agreement in 2018 and his subsequent imposition of crushing sanctions on Iran — which are destroying Iran’s health infrastructure and causing innocent Iranians to suffer and die.

It is important to recall that, at the time of Trump’s withdrawal from the JCPOA, the International Atomic Energy Agency certified that Iran was in compliance with the deal.

The mere fact that Iran entered into the deal at all was remarkable, given that its arch-nemesis in the region, Israel, possesses the Middle East’s only nuclear arsenal and is the only state in the Middle East that refuses to accede to the Nuclear Non-Proliferation Treaty (NNPT).

The United States itself is a party to the NNPT but is flagrantly violating its core provisions by failing to disarm and by ‘modernizing’ its already massive nuclear arsenal.

Thus, American-Israeli demands that Iran be deprived of any and all nuclear weapons is the height of hypocrisy – a hypocrisy almost universally ignored by the Western corporate media.

Trump’s machinations are occurring within an historical context that is also routinely ignored by the Western corporate media.

In 2013, the CIA admitted that, along with British intelligence, it orchestrated a 1953 coup d’état against Iran’s democratically elected Prime Minister, Mohammad Mosaddeq. The coup, according to declassified documents, was “conceived and approved at the highest levels of government.” Mosaddeq’s ‘crime’ was that he nationalized the British Anglo-Iranian Oil Company for the benefit of his own people.

Mosaddeq was supplanted by the murderous, Western-backed Shah of Iran. Subsequent to the Shah’s demise, the United States helped the dictator Saddam Hussein to massacre Iranians with chemical weapons in a savage war that cost an estimated one million Iranian lives.

Toward the end of that war, the U.S. navy shot down an Iranian commercial airliner, killing all of the plane’s 290 civilian passengers.

More recently, Israel has repeatedly violated the sovereignty of Syria, Lebanon and Iraq in order to kill Iranian forces and officials who are in those countries lawfully, at the invitation of their internationally recognized governments.

Despite the appalling historical record of Western abuse of the Iranian people, Iran is routinely treated by Western officials and the corporate media as a diabolical aggressor whose expansionism must be contained at all costs.

None of this is to deny that the Iranian regime has committed severe human rights abuses, but since when did Western ‘leaders’ prioritize human rights? Even as they wax eloquent about the liberation and well-being of the Iranian people (whose economy is being strangled by American sanctions), they are arming to the teeth the monstrous Saudi autocracy. As renowned intellectual Noam Chomsky has observed, the Saudi autocracy “makes Iran look like a virtual paradise.” In 2013, Professor Chomsky denounced Western powers for “torturing” Iran for 60 years, since the 1953 CIA-led coup.

Unless the world acts quickly, retaliation by Iran, either directly or by means of proxy forces, seems inevitable. After all, how could Iran maintain any credibility as a regional power if it allowed the murder of its top general to go unanswered?

Any such retaliation would almost certainly be met with a deadly escalation by the criminally insane Trump administration, perhaps leading to all-out war.

Iran has called upon the U.N. Security Council to denounce the Trump administration’s “criminal act” and “state terrorism” (both accurate descriptions of Trump’s drone attack on the sovereign territory of Iraq), but Security Council intervention is doomed to failure: the U.S. government would undoubtedly exercise its veto power to block any Security Council action against the United States.

There may be, however, another option.

That option is United Nations General Assembly Resolution 377, known as the “Uniting for Peace” resolution. Adopted in 1950, Resolution 377 provides that, in cases where the Security Council, due to a lack of unanimity amongst its five permanent members, fails to act as required to maintain international peace and security, the General Assembly shall consider the matter immediately and may issue any recommendations it deems necessary in order to restore international peace and security.

Any such recommendations would not be binding upon United Nations members or the Security Council, but a strong, widely-supported denunciation of America’s latest act of criminal aggression against Iran, coupled with carefully crafted recommendations for defusing the crisis with collective measures, might just be enough to preserve Iran’s credibility as a regional power without obliging Iran to retaliate.

Even the most belligerent actors agree that an all-out war between the United States and Iran and its allies would have dire consequences for the Middle East and, indeed, the entire world.

There is nothing to lose by invoking the Uniting for Peace resolution, and everything to gain by doing so. 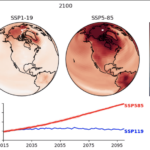 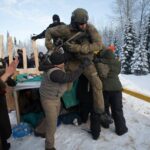