During my recent trip to Venezuela, I sought out and spoke to both supporters and critics of President Nicolas Maduro.

On February 14, 2019, the Real News published a report of my interviews of ordinary Venezuelans who support President Maduro (that report can be watched and listened to here).

This just-published report concerns my conversations with Venezuelans who are critical of the Maduro government.

Interestingly, even among those who oppose President Maduro, I was hard-pressed to find anyone who believes that Donald Trump is genuinely interested in the well-being of the Venezuelan people. On the contrary, there appears to be a widespread belief among both supporters and opponents of the Maduro government that Trump’s singular objective is to secure control of Venezuela’s resources, and particularly its massive oil reserves.

Equally interesting was the attitude of Maduro’s opponents toward the legacy of Hugo Chavez. While many supporters of Juan Guaido are hostile to the Chavez legacy, there appears to be considerable respect for the achievements of Hugo Chavez even among those are critical of President Maduro.

My report on my conversations with opponents of the Maduro government can be watched and listened to here. 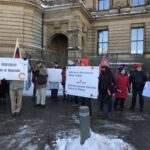 “Hands Off Venezuela” Rallies Held in Cities Around the WorldUncategorized 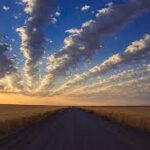