Over the past several weeks, the Green Party of Canada (GPC) has experienced unprecedented turmoil, beginning on May 10, when the Green Party issued a statement which did not reflect the GPC’s member-approved policy on Israel / Palestine. Our GPC policy recognizes that the state of Israel is oppressing Palestinians and calls for the use of sanctions, including an arms embargo, to bring an end to that oppression.

On May 14, after Green MPs issued their own statements which reflected party policy on Israel/Palestine, the leader’s senior adviser falsely and publicly accused those MPs and others of antisemitism, and vowed to work toward their defeat. On June 10, after the leader failed to defend Green MPs from her senior adviser’s attack, MP Jenica Atwin announced that she was crossing the aisle to join the Liberal Party caucus. Since that day, many Greens have called for the leader to be removed from office or to resign.

My purpose in writing this is not to debate the Green Party policy on Israel/Palestine, but to express my deep concern with the rhetoric being employed by some opponents and critics of the Green Party leader and her supporters.

However much GPC members may disagree with the leader’s approach to the current turmoil within the Green Party, it is offensive and unacceptable to allege that the leader or her supporters have engaged in criminal conduct, or that they are agents of the State of Israel or ‘puppets’ of pro-Israel groups or Zionists. Not only is such rhetoric wrong and unfair, it also undermines the struggle for Palestinian liberation by bringing that struggle into disrepute. Further, such vitriolic and hurtful comments diminish the prospects for desperately needed dialogue and reconciliation within the Green Party of Canada.

I have learned from experience that how we approach passionate and principled advocacy matters a great deal in creating the change we seek. Unless and until we muster the courage and discipline to debate these issues respectfully, we cannot succeed in resolving the conflict that now threatens the very existence of our party.

Of course, it is also offensive and unacceptable for supporters of Israel to stigmatize critics of Israel with false accusations of antisemitism. In order for our party to heal, the leader should publicly repudiate all of her former adviser’s false accusations, acknowledge that his comments were inappropriate and that her failure to defend our MPs provoked Ms. Atwin’s defection, and express support for our member-approved policy on Israel /Palestine. I respectfully urge the Green party leader to accept responsibility for her mistakes so that the process of healing our party can begin.

In the interim, I urge all Greens who comment on these issues, whether or not they agree with the leader’s handling of this matter, to approach these issues with civility, restraint and a scrupulous respect for the core values that constitute the Green Party’s basis of unity. 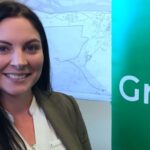 My Statement on the Departure of Jenica Atwin from the Green Party of CanadaCanadian Politics, Green Party Leadership